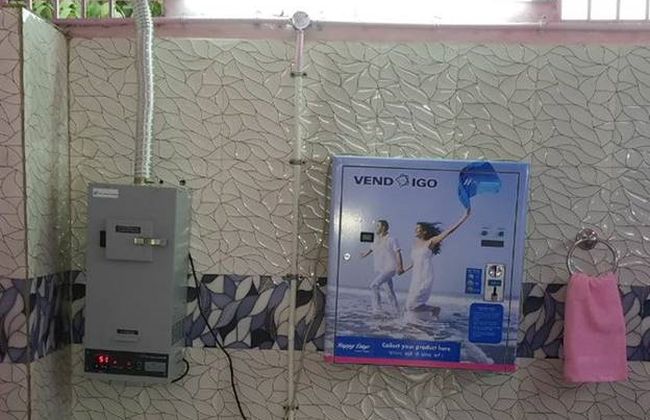 Mumbai: The Maharashtra State Commission for Women has decided to install sanitary pad vending machines in nine jails across the state in a bid to ensure better health and hygiene standards for women inmates.

The panel has already installed the facility in the Kolhapur women’s prison. The process was underway to install the machines in the Yerwada, Thane, Aurangabad, Nagpur, Amravati, Kalyan, Byculla and Chandrapur prisons and it will be completed within a month, the commission’s chairperson, Vijaya Rahatkar said.

She also added that the incinerators would also be installed in these prisons for the disposal of sanitary napkins. After the custodial death of a woman inmate of the Byculla jail in Mumbai last year, the Supreme Court had passed guidelines to all the state women’s panels to upgrade the infrastructure of prisons and provide basic amenities to inmates, Ms Rahatkar said.

Following the guidelines, we visited all the women’s prisons in the state and found that inmates required sanitary pads, among other essential things. Therefore, we have taken this initiative, she said.

When the machines are installed, the commission will facilitate its filling with 50 sanitary pads for the first time and later the jail administration will have to refill it, Ms Rahatkar said.

Each sanitary pad will be sold at a price of Rs 2 or Rs 5 or it could even be provided free of cost. We have left it on the jail administration to fix the price of the sanitary pads, said an official from the commission.

Ms Rahatkar also claimed Maharashtra women’s commission was the first such panel in the country to take this initiative. Currently, there are 1,023 women prisoners lodged in these nine jails, she said.

There were previously 11 women prisons in the state. Later, inmates of the jail in Ahmednagar were shifted to the Yerwada prison, she added.

Related Topics:
Maharashtra Menstrual Hygiene Menstruation In India
Up Next