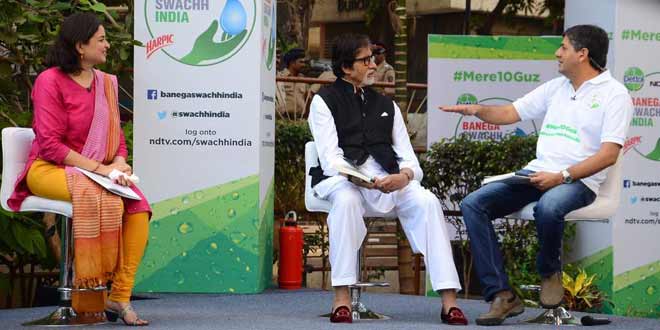 Maharashtra will see the kickstart of a campaign on waste segregation from May, which will go on for the next seven months. The purpose of the campaign is to spread awareness in households with regard to waste management, and familiarise them with the idea of separating waste into wet and dry waste, and to practice composting. This statewide campaign will aim to solve the long-standing issue of solid waste management. This was stated by Manisha Mhaiskar, Principal Secretary, Urban Development Department, during the launch of the NDTV-Dettol Banega Swachh India campaign’s launch of Season 4 that focusses on 3-step #Mere10Guz agenda – Clean-up | Segregate waste | Do Composting. The venue of the launch event was Vijaynagar Housing Society in Andheri, Mumbai that has become a zero waste generator through a committed initiative of waste segregation and composting.

As per the Central Pollution Control Board’s 2015 report, Maharashtra generated 26,820 tonnes of solid waste daily. Some of the residents of Vijaynagar Housing Society have been requested by the Urban Development Department to act as volunteers and spread the message of waste management in other societies in Mumbai. Vijaynagar Housing Society has a perfect waste management model. Over 300 kilos of waste is collected by the residents every day, who segregate it into three categories of dry, wet and bio-hazardous waste. The society also has 10 composting pits which are used to compost waste on a day-to-day practice.

Much of the waste in Maharashtra today is mixed waste. All of it goes together to the dumpsite or the landfill. If we begin the practice now, I am confident that in the next two years at least 50 per cent of the city will become cleaner. Societies like Vijaynagar can be pioneers who can take the message of waste management ahead, said Manisha Mhaiskar.

The campaign will begin from May 1 and plans to cover all the urban towns of Maharashtra. The Urban Development Department has also invited all corporations to involve citizens in the campaign to further spread awareness about waste segregation and composting.