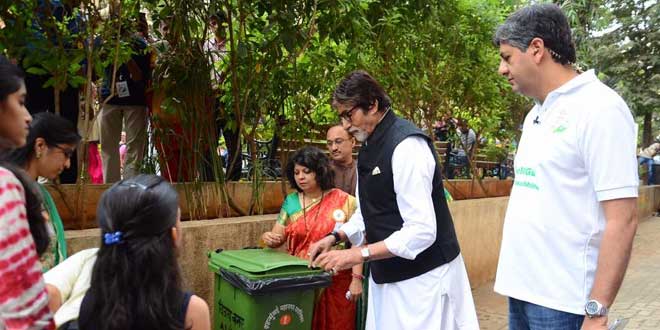 India would require landfills the size of Mumbai, Hyderabad and Greater Noida combined in the next 30 years if we do not change our current waste generation and management practices, cautions Swati Sambyal, Programme Manager, Centre for Science and Environment. Urban India is currently the third largest generator of solid waste in the world, producing nearly 1.4 lakh tonnes of it every single day. 70 per cent of this waste is collected and only a mere 12 per cent of this collected waste is treated, according to the Central Pollution Control Board (CPCB).

Highlighting this problem, NDTV-Dettol Banega Swachh India launched its fourth season on April 20, which called on individuals and communities to segregate and compost their waste.

Speaking at the launch event in Mumbai, Campaign Ambassador Amitabh Bachchan said, “I am very happy that the Swachh Bharat Abhiyan has taken off and done so well but we now need to move to the next step. What we are asking people to do now is to collect the waste, segregate it and then convert it into compost. We don’t have to get rid of this garbage by dumping it in a landfill. We can convert it into something more productive.”

Source segregation (the segregation of dry and wet waste by those who generate it—households, schools, etc.) is widely considered to be one of the best ways to mitigate India’s waste woes. Effective segregation can pave the way for the proper treatment of solid waste—wet, organic waste can be used to make compost and dry waste like paper and plastic can be recycled.

In fact, the Ministry of Urban Development recently announced a campaign to work towards 100 per cent source segregation in India. If successful, this could greatly reduce the burden on the already overspilling landfills.

“Obviously this (waste management) is a huge problem. We need to inculcate that kind of thinking and training at a very young age,” Mr Bachchan said, “As a part of school curriculum, we need to have a civics class where this is taught.”

The good news is that several schools around the country are already taking waste management seriously and are leading by example, using their segregated waste to manufacture biogas, organic manure and reusable items.

The launch event showcased the work done by some of these schools which included The Shri Ram School in Gurugram, Sri Sri Academy in Kolkata and Kendriya Vidyalaya Rail Wheel Factory in Bengaluru.

Similarly, several housing societies around the country have also taken it upon themselves to segregate, collect and even treat the waste they generate. Some examples of this are Mumbai’s Vijaynagar Society which is a ‘zero waste’ housing society and was the venue for the campaign’s launch event. Other housing society featured on the show were, Chennai’s Mahindra World City and Gurugram’s Garden Estate. 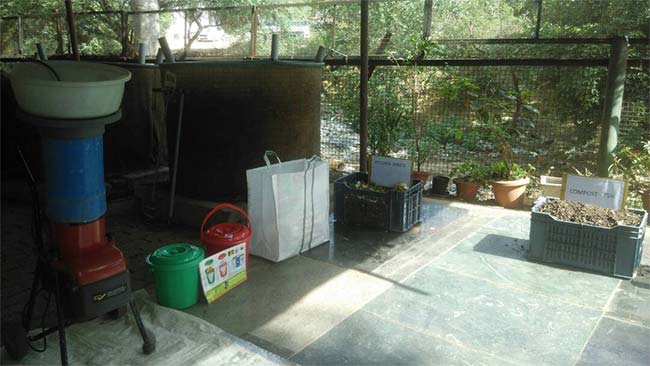 However, there is still a long way to go. As one of the panelists at the event, RB South Asia’s Regional Director Nitish Kapoor pointed out; in the next 10 to 15 years the ability of people to litter will just get higher as more and more individuals gain access to packaged goods.

“Momentum has picked up but there is a long way to go. We all need to join hands. The entire issue with waste management is that we forget that our backyard is someone’s front yard. We all don’t want waste around us but don’t care about the rest of it,” Swati Sambyal added.

This is something that was echoed by Mr Bachchan who said that people needed to break their “psychological barriers” and keep not only their homes but surroundings clean. This is the prime thought of the #Mere10Guz initiative that is an integral part of the campaign.

“Once attitudes change we can work collectively,” he said, urging people to take the #Mere10Guz pledge to keep an area of 10 yards around themselves clean. The scope of the initiative that was launched last year has been extended to a three step agenda – Clean-up surroundings, segregate waste and do composting.

Participate Now: Join the #Mere10Guz initiative, upload images and videos of your efforts and you can get featured on NDTV on Rashtriya Swachhta Diwas on October 2

Maharashtra To Launch Statewide Campaign On Waste Management From May 1

This Kolkata School Sets A Trend, Reuses And Recycles All Waste, Recycled