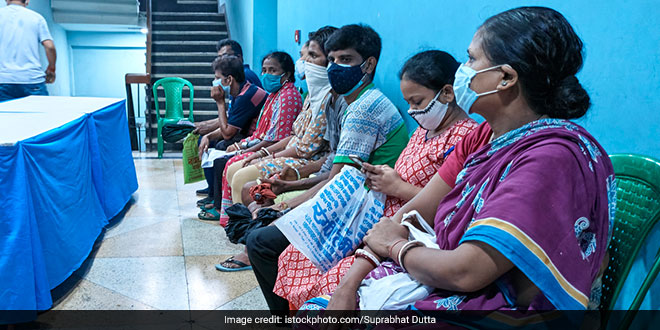 In Maharashtra Covid cases rose by 17.17 per cent in the October 10-16 period when compared to last week

Mumbai: After Maharashtra saw a 17.7 per cent rises in coronavirus cases compared to last week, the state health department on Monday cited the XBB variant, found for the first time in the country, could further spike in cases ahead of the festive and winter season in the country. A health official department bulletin said the XBB variant reported in the state had a “growth advantage over BA.2.75 and immune evasive property”. The BA.2.3.20 and BQ.1 variants have also been detected in the state, a first for the country, it added.

It said new COVID-19 cases rose by 17.17 per cent in the October 10-16 period when compared to last week between October 3 and 9, with the rise being noticed particularly in densely-populated Thane, Raigad, and Mumbai.

“Some experts are predicting a rise (in cases) in the coming winter season, especially in festive environs,” the bulletin cautioned.

It said the proportion of BA.2.75, an Omicron sub-variant, among cases detected had decreased from 95 per cent to 76 per cent.

The state health department said people must not ignore flu-like symptoms and should get medical advice at the earliest.

Also Read: Sense Of An Ending: Scientists Say Worst Of Covid Could Be Over

Related Topics:
COVID-19 Maharashtra
Up Next