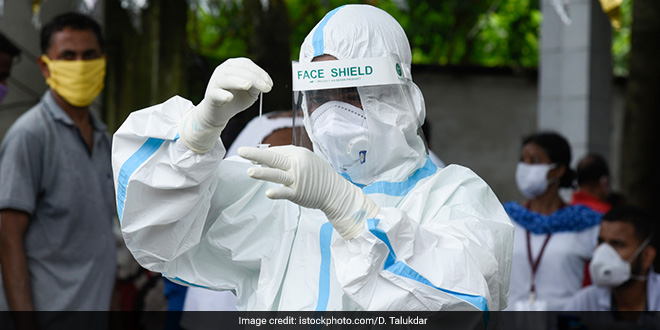 Thiruvananthapuram: In view of new genetic variants of COVID-19 being reported from different parts of the world, Kerala government on Monday (October 17) said it is intensifying preventive measures in the state. Kerala Health Minister Veena George in a statement said as the new genetic variants — XBB and XBB1 — of COVID-19 are more contagious than earlier ones, everyone — especially the elderly and those suffering from co-morbidities — should be more careful and wear masks properly for self-protection.

Since the elderly and those with co-morbidities are more likely to be severely affected by the new COVID variants, they as well as healthcare workers must take the booster/ precautionary dose of the vaccine.

She requested that masks be worn at airports and in closed public places.

The minister further said around 1.8 per cent of those infected by the new variants may require hospitalisation, but as of now there was no cause for concern.

She also said presently the COVID-19 infections in the state are decreasing, but despite that samples were being regularly sent to check for the presence of any new genetic variant. In the latest situation, more samples will be sent for genetic testing, she added.

Besides that, as influenza cases are also being reported, a separate set of guidelines would be issued in respect of that, the minister said.