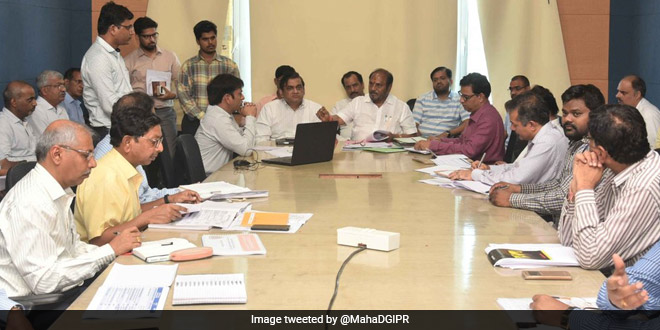 New Delhi: Maharashtra, the most industrialised state with India’s biggest economy, also has the highest number of polluted river stretches in the country – of the 650 cities and towns located along the polluted river stretches across India, Maharashtra has 161, the highest in the country, according to a report of the Central Pollution Control Board (CPCB). And according to a 2011 report by Comptroller and Auditor General on Maharashtra Pollution Control Board, more than 1500 industrial units in Maharashtra are prone to polluting water and have partial facilities to treat their wastes. The rivers are so polluted that even the Bombay High Court on April 25 sought to know from the state government the steps it proposes to take to improve the quality of water and protect the rivers across Maharashtra. Now after reviewing the cleanliness of the rivers in the state, the Maharashtra Environment Minister Ramdas Kadam instructed the officials to clean and beautify rivers and nullahs in the state in the next six months.

Rivers and nullahs should be cleaned, beautified and made pollution-free in the next six months, especially Mumbai’s three rivers, Mithi, Dahisar and Poisar, the environment minister said while presiding over a review meeting on river pollution in the state, especially Mumbai.

To ensure the cleanliness of rivers, the environment minister instructed the officials, including the Additional Chief Secretary (Environment), Satish Gavai, to clean-up the drains, widen the rivers by removing mud and ensure that no waste, sewage disposal or industrial effluent goes into the water bodies.

He also directed the officials to take stern action against companies that release chemical-filled water in rivers.

When asked about what action the government is taking to prevent the pollutants entering in to the rivers, the official of the Department of Environment said that they are imposing stringent effluent discharge norms as per Central Pollution Control Board guidelines, and the directives have already been issued to the concerned across the state. The municipal authorities have also been instructed to keep a check on the effluents from cities and towns entering into the river waters.

In terms of beautification of the rivers, the environment minister suggested to plant more trees on the river banks.

There must be plantation of trees on the river banks. Also, basic facilities and chairs must be made available near the river fronts so that they could attract tourists, the minister added.

The minister also asked the officials of municipal corporations and councils to register criminal cases against individuals and entities releasing sewage or chemicals in rivers. During the meeting, the issue of water pollution in major rivers like Panchganga, Chandrabhaga, Bhima, Mula-Muthaand Bindusara were also discussed.