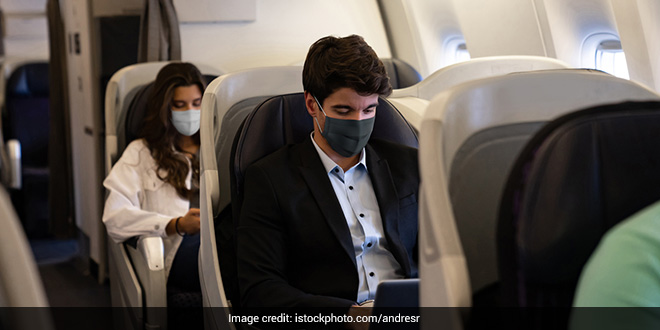 New Delhi: The civil aviation ministry on Wednesday (November 16) said the use of masks is not compulsory during air travel but passengers should preferably use them amid the declining number of coronavirus cases. Till now, the use of masks or face covers while travelling on flights was mandatory. In a communication to the scheduled airlines, the ministry said the latest decision has been taken in line with the government’s policy of a graded approach to COVID-19 management response.

“… the in-flight announcements henceforth may only mention that in view of the threat posed by COVID-19, all passengers should preferably use mask/face covers,” the communication said.

It also said that any specific reference to fine/penal action need not be announced as part of the in-flight announcements.

The total number of active coronavirus cases in the country accounted was only 0.02 per cent of the total infections and the recovery rate increased to 98.79 per cent, according to the latest official data.

The number of people who have recuperated from the disease surged to 4,41,28,580 and the case fatality rate was recorded at 1.19 per cent.