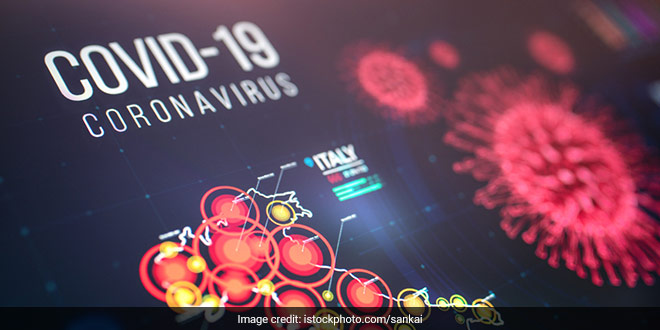 Many public health leaders, including the authors of this study, continue to regard COVID-19 as a persistent and dangerous global health threat

London: Although some governments have moved on, specific efforts and resources are still required to save lives as SARS-CoV-2 continues to circulate among us, a new study has said. Focus on saving lives through continued efforts and resources is one of the six main themes for action identified by a large panel of multidisciplinary experts from over 100 countries to recommend actions to end COVID-19 as a public health threat.

Three of the highest-ranked recommendations are adopting a whole-of-society strategy that involves multiple disciplines, sectors and actors to avoid fragmented efforts; adopting whole-of-government approaches (e.g. coordination between ministries) to identify, review, and address resilience in health systems and make them more responsive to people’s needs; and maintaining a vaccines-plus approach, which includes a combination of COVID-19 vaccination, other structural and behavioural prevention measures, treatment, and financial support measures.

The panellists also prioritised recommendations for developing technologies, such as vaccines, therapies and services, that can reach target populations.

Other recommendations by the study, published in the journal Nature, with at least 99 per cent agreement are communicating effectively with the public, rebuilding public trust, and engaging communities in managing the pandemic response, the study said.

Only six recommendations had more than 5 per cent disagreement including one which considers further economic incentives to address vaccine hesitancy or a symptoms approach to diagnose COVID-19 in settings with low access to testing, it said.

It added that over 180 organisations from 72 countries have already endorsed the findings of the consensus study, which was led by the Barcelona Institute for Global Health (ISGlobal), an institution supported by “la Caixa” Foundation, a not-for-profit banking foundation based in Catalonia, Spain. The 57 recommendations are directed at governments, health systems, industry, and other key stakeholders.

Quique Bassat, co-author of the study and member of the University of Barcelona said,

To the greatest degree possible, our results place emphasis on health and social policy recommendations that can be implemented in months, not years, to help bring this public health threat to an end.

Our study does echo some earlier recommendations, such as the Independent Panel for Pandemic Preparedness and Response and WHO’s 2022 plan on Strategic Preparedness. But what makes this work unique is the very large number of experts consulted, the wide geographical representation and the study design, which emphasises consensus building and identifies areas of disagreement. It may prove to be a model for developing responses to future global health emergencies.

To develop a global consensus on how to address these issues going forward, Mr. Lazarus and his colleagues carried out a Delphi study, a well-established research methodology that challenges experts to garner consensus on answers to complex research questions.

The Delphi technique, in the health sciences, relies on a panel of experts and is primarily used by researchers when the available knowledge is incomplete or subject to uncertainty and other methods that provide higher levels of evidence cannot be used.

The aim of the method is to collect expert-based judgments and often to use them to identify consensus. A multidisciplinary panel of 386 academic, health, NGO, government and other experts from 112 countries and territories took part in three rounds of structured consultation.

The result is a set of 41 statements and 57 recommendations across six major areas — communication, health systems, vaccination, prevention, treatment and care, and inequities. As of October 2022, more than 630 million COVID-19 cases and over 6.5 million deaths were reported, although the real death toll has been estimated to be upwards of 20 million.

In addition, millions of patients with cancer and chronic disease have experienced dangerous healthcare delays and long Covid continues to elude definitive treatment, posing an ongoing threat to survivors.
In addition, the virus also continues to accumulate mutations that can make it better at evading previous immunity. This is why many public health leaders, including the authors of this study, continue to regard COVID-19 as a persistent and dangerous global health threat.

Despite notable scientific and medical advances, the world’s response to COVID-19 has been hindered by broader political, social, and behavioural factors such as false information, vaccine hesitancy, inconsistent global coordination, and the inequitable distribution of equipment, vaccines and treatments.

Each country has responded differently, and often inadequately, which is partly due to a serious lack of coordination and clear goals, said Mr. Lazarus.