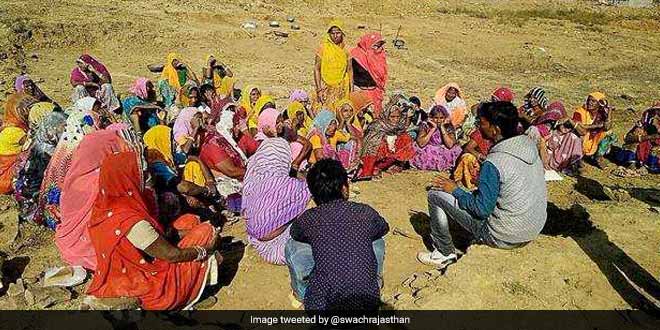 New Delhi: Located on the banks of River Chambal, Kota in Rajasthan is the 25th largest district of India and is a famous tourist destination with forts and palaces steeped in history. But, Kota is yet to achieve the coveted tag of Open Defecation Free (ODF), just yet. In a bid to change this and make Kota one of the best ranked Swachh places in the country, district administrators have roped in police officers who will help in motivating villagers of the district in constructing toilets. As the target for Rajasthan to go ODF has been set for December 2017, Kota has set itself a tougher deadline of November 30 to achieve 100 per cent sanitation coverage. Till date, 100 gram panchayats out of 155 have been successful in eliminating open defecation. Now, to make the rest of the 50 gram panchayats 100 per cent ODF, the beat constables of every police station in Kota rural will be assigned a swachh duty.

Speaking with NDTV, Kota Rural Superintendent of Police (SP), Rajeev Pachar said, open defecation is a social evil, to eliminate it, we have issued a joint order with Kota district collector (DC), Rohit Gupta that says that police constable will be involved in the Swachh Bharat Mission (SBM).

Explaining the role of the police constables, Mr Pachar added, “As of now, more than 100 constables have been roped in for the mission, they are expected to go with the local teams of gram panchayat and revenue employees and counsel and motivate people to construct toilets at home.”

However, this is not the only step that will be taken by the police, they will also be part of group meetings which are ODF specific and on alternate days will also go on the hot spots of open defecation and will catch hold of the defaulters.

The problem is that a lot of families here opt for open defecation even though they have toilets at home. There are also instances where people have taken money from government and still have not constructed a toilet at home. In a bid to check all this, and penalise the defaulters as per the gram panchayat rules, the police constables will play a crucial role, said Mr Prachar.

It is also expected that all the officers will submit weekly progress report to the DC and the SP. Police constables aside, the district administration to eliminate open defecation has also introduced two types of stamps – Kanchan (for houses with toilets) and Shochalaya Vihin (for houses without toilets) which will be placed in the textbooks of children. This is being done to involve children in the swachh bharat mission so as they can persuade their parents to construct a toilet at home.

As of date, the sanitation coverage of the district is 64 per cent, with these laudable moves, Kota aims to go 100 per cent by November this year.

Entering The Fourth Phase Of Swachh Mangaluru Abhiyan, The Ramakrishna Mission Includes Several Rural Areas As A Part Of The Mission