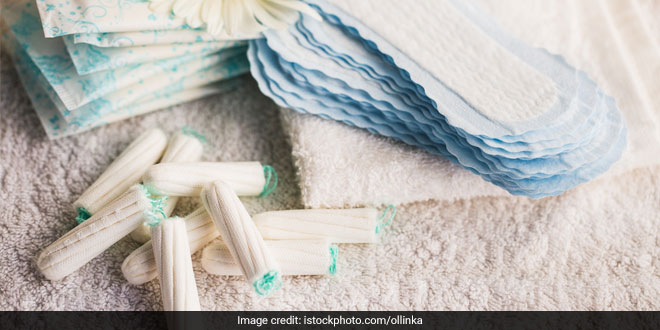 Washington D.C.: In order to cope up with the issue of environmental degradation, more efforts need to be made to raise awareness regarding the amount of plastic content in commonly-used menstrual products, a recent study has suggested. As part of the study, the researchers examined levels of awareness and people’s attitudes towards the environmental impact of these products.

The study, which used face-to-face focus groups and an online survey of 300 people, found that many participants were shocked at the amount of plastic in commonly-used disposable menstrual products.

Almost a third of those surveyed were not aware that tampons contained plastic and 20 per cent of the people believed that it is okay to flush tampons. The findings were published in the ‘Journal of Sustainability.’

Tampons are the most commonly used menstrual product in Western Europe and the US, with women using an average of 11,000 during their lifetime. Many disposable products are flushed after use, which can lead to plastics contaminating ocean ecosystems.

Plastic tampon applicators are commonly found on beaches and even inside the stomachs of dead seabirds. They can also play a part in another set of problems. Slowly, with the presence of light, they can break down into smaller fragments. Microplastics, small pieces of plastic less than 5mm in size, are now found in even the most remote marine environments.

Also Read: A 26-Year-Old From Pune Is Empowering Tribal Women By Teaching Them To Make Sanitary Pads From Old Clothes

The study also found that people who expressed greater awareness of plastic pollution were far more likely to use organic pads and tampons, menstrual cups and reusable cloth pads, rather than disposable non-organic products. Elizabeth Peberdy, lead author of the study, said,

Plastic pollution has become a hot topic and whilst there has been a strong focus on plastic bags and other single-use items, I felt the hidden plastic in disposable menstrual products was going under the radar.

Explaining this further, she said,

My research showed that many are unaware that tampons often contain plastic, and therefore it is perhaps not surprising that some people think that it is okay to flush these products down the toilet.

The study also found a clear link between people’s awareness of environmental impacts and their choice of menstrual product. According to the team of researchers, this indicates that it should be possible to create a change in behaviour through education, whether through the school curriculum, public awareness campaigns or better labelling on products. Ms. Peberdy asserted,

It is a complex issue and one that some people feel awkward talking about, but it shouldn’t be that way. I hope that this research will go a little way towards raising awareness, even if it’s just by sparking a conversation between friends that may not otherwise have happened.