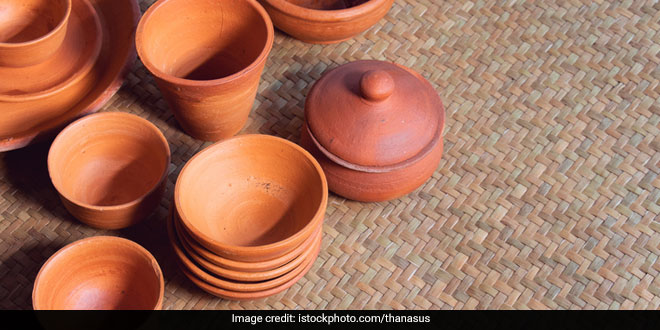 New Delhi: In 2004, Lalu Prasad Yadav, former Minister of Railways, had introduced “kulhads” (earthen cup) to boost the dying pottery industry and give passengers a taste of traditional yet eco-friendly vessels. But, over the years, plastic cutlery made its way into the industry, replacing disposable kulhads. Plastic not only hampered the pottery industry but also led to humongous amount of waste generation. To be precise, plastic makes up for 10 per cent of all of the waste generated in the world. To stop the use of hazardous plastic, Indian Railways has decided to bring back ‘kulhads’ (earthen cup) to replace plastic and paper cups.

According to the details shared by Minister of Railways, Piyush Goyal, in the first phase, caterers at Varanasi and Rae Bareli stations have been instructed to use terracotta-made ‘kulhads’, glasses and plates to serve the travellers and ditch the use of plastic cutlery.

The three major reasons behind introducing terracotta-made ‘kulhads’ are, to provide convenience to travellers, create a huge market for local potters and ease the burden of plastic waste on the environment.

Zonal railways and the IRCTC are advised to take necessary action to ensure the use of locally produced, environmentally savvy terracotta products like ‘kulhads’, glasses and plates for serving items to passengers through all static units at Varanasi and Rae Bareli railway stations with immediate effect so that local terracotta product manufacturers could easily market their products, the circular issued by the board to the chief commercial managers of Northern Railway and the North Eastern Railway stated.

The use of earthen tableware in trains was proposed by the chairman of Khadi and Village Industries Commission (KVIC) in December 2018.

We have been giving potters electric wheels which have increased their productivity from making 100 cups to around 600 cups a day. It was important to give them a market to sell their wares and generate income. With the railways agreeing to our proposal, lakhs of potters have now got a readymade market, KVIC Chairman V K Saxena told PTI.

Kulhads also known as clay cups are biodegradable, unlike plastic, hence can be thrown or broken after use. Kulhads are known to give an earthy essence, flavour, and fragrance to the delicacy being served in them. They are cheaper than plastic or glass containers. They cannot be re-used, so you don’t have to worry about the germs and bacteria lingering around. They are inherently hygienic, considering they are made by firing kiln, a type of oven having a certain temperature that is used to harden or dry clay objects.

This is not the first time Indian Railways has taken a step to curb the use of plastic cutlery and tableware. Last year in May, railways decided to replace plastic/polymer plates with the eco-friendly disposable plates made of bagasse.

To monitor cleanliness of trains and ensure efficiency of the work done by the onboard housekeeping staff, railways adopted WhatsApp as its tool. From pantry departments to bedrolls, toilet cleaning staff and coach cleanliness staff, various WhatsApp groups for different departments were introduced. The onboard housekeeping staff is meant to upload the photographs along with the details of the work done by them in their shift timings.

With all these initiatives, Indian Railways has been steadily working towards its Swachh Rail Swachh Bharat mission.