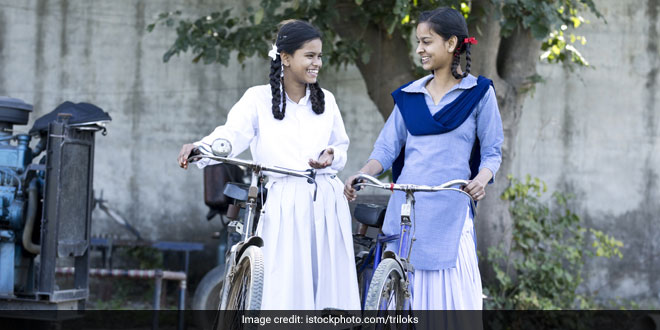 New Delhi: From inculcating the message of ‘Build toilets to keep our surroundings clean’ in wedding invites to deploying women as swachh messengers, Uttarakhand’s second largest district – Chamoli, has always been at the forefront of the nationwide cleanliness campaign – Swachh Bharat Abhiyan. Because of the same, the district which had 74.62 per cent of sanitation coverage in 2014-2015, achieved open defecation free (ODF) status by the end of 2016. Now to encourage menstrual hygiene practices and use of sanitary pads during periods among school students, the district administration is installing sanitary napkin vending machines and incinerators in schools.

At an initial stage, we have divided the initiative into two phases. In the first phase, we are covering all 14 girl schools in the district. In the second phase, we plan to cover 20 co-ed schools where girl students are high in number. Once we have covered 34 schools, we will plan for remaining 182 schools.

Also Read:How This Man From Bengaluru Is Educating Women About Menstrual Hygiene With The Help Of Other Women

The campaign that kick-started in mid December 2018 has successfully reached out to five schools. As part of phase one, sanitary napkin vending machines and incinerators together costing Rs. 26,000 will be installed in other schools post winter vacations that is January 15.

To ensure the availability of sanitary napkins in schools, a female member of the teaching staff has been appointed to keep a check on stock. As and when the school will require sanitary napkins, the appointed teacher will inform district education officer who will then provide a fresh stock of sanitary pads.

Talking about the idea behind this initiative, Ms Bhaduria says,

Today, if you go to an elderly woman, give her sanitary napkins in return of a promise to not use old clothes ever again, she won’t accept the change instantly. No matter what you do, it will take her some time to understand the issue and alter her habit. To overcome this issue, we are trying to instill the habit of hygienic menstrual practices among young girls right from the start that is when they hit puberty. The reason we are installing incinerators also is to foster hygienic disposal of sanitary napkins.

Apart from this, the district administration has decided to distribute 25 ‘Menstrupedia Comic: The Friendly Guide To Periods For Girls’ in every school for free. Comic on menstruation talks about different aspects of periods and help girls take on the ignorance and stigma around menstruation.

Killing Two Birds With One Stone

While the district administration is encouraging menstrual hygiene by providing low cost sanitary napkins to school girls, it is generating livelihood for women by hiring them to produce those sanitary pads. In future, the administration plans to include Self Help Groups (SHGs) to maintain continuous supply of napkins.

Also Read:23 Million Women Drop Out Of School Every Year When They Start Menstruating In India

In villages, women and girls often resort to using old clothes during menstruation which is unhygienic. By deploying women to produce sanitary napkins, we are trying to change the face of menstruation in Chamoli, says Ms Bhaduria.

Related Topics:
Menstrual Hygiene Menstruation In India Uttarakhand
Up Next