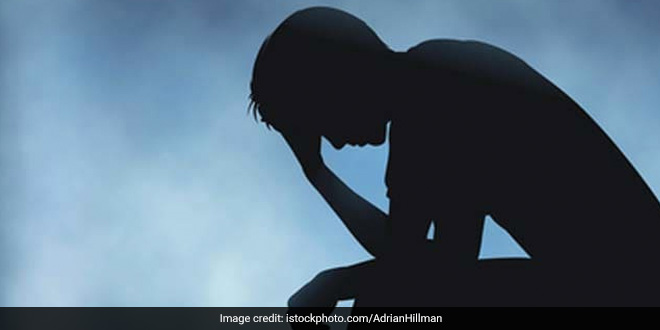 New Delhi: Depression is a common mental disorder with over 280 million people of all ages, an estimated 3.8 per cent of the population suffering from it globally, as per the World Health Organization (WHO). It is expected that in the next ten years, depression will put more burden on nations than any other disease, as per World Bank. If we narrow down the focus to India, the last and the latest study available is “The Burden Of Mental Disorders Across The States Of India: The Global Burden Of Disease Study 1990 – 2017” which was published in The Lancet Psychiatry on December 20, 2019. As per the said study, in 2017, 197.3 million people were suffering from various mental disorders in India that is one in seven or 14.3 per cent of the population.

This World Mental Health Day, we speak to experts to understand what is depression, how it affects people across age groups and gender and its burden in India.

The Burden Of Depression In India

Depression is the most common mental disorder in India with 45.7 million people suffering from it. The highest prevalence of depressive disorders has been observed in Tamil Nadu, Kerala, Goa, and Telangana in the high Socio-demographic Index (SDI) state group; Andhra Pradesh in the middle SDI state group; and Odisha in the low SDI state group. A high prevalence of depressive disorders was seen in females (3.9 per cent) than males (2.7 per cent).

SDI is a composite indicator of development status, ranging from 0 to 1, and is a geometric mean of the values of the indices of lagdistributed per-capita income, mean education in people aged 15 years or older, and total fertility rate in people younger than 25 years.22 The states were categorised into three state groups on the basis of their SDI in 2017: low SDI (≤0·53), middle SDI (0·54–0·60), and high SDI (>0·60), said Dr Rajesh Sagar, first author of the said Lancet report, Professor of Psychiatry at AIIMS, New Delhi, and Chair, Global Burden of Disease (India)-mental health expert group.

The Lancet report also noted an increase in the contribution of mental disorders to the total DALYs (Disability-adjusted life years, which represents the loss of the equivalent of one year of full health) in India. DALYs for a disease or health condition are the sum of the years of life lost due to premature mortality (YLLs) and the years lived with a disability (YLDs) due to prevalent cases of the disease or health condition in a population.

A butterfly lives for 10 days. Let’s say, a butterfly dies of a disease on the seventh day. It’s a case of premature death so the DALY here will be 3 days. There is another disease that affects butterflies on the seventh day but doesn’t lead to mortality. Due to the particular disease, butterflies can’t fly so they are living but not fully. Here the remaining three days will be counted as days lived with a disability. In case of humans, it is counted as years lived with disability and calculated on the basis of the severity of the disease.

Explaining the term ‘depression’, Dr Samir Parikh, Director of the Fortis National Mental Health Program at Fortis Healthcare, said that it needs to be looked at as any other medical condition like diabetes, typhoid, or COVID-19. Until we don’t accept depression as a medical problem there is no other way to understand and address it, he said.

Signs And Symptoms Of Depression

Some of the signs that can help in identifying depression, according to Dr Parikh are:

• Sadness of mood
• Loss of interest
• Feeling low, sad or upset
• Sleep may be getting affected
• Having thoughts of hopelessness, helplessness and being worthless
• One might feel fatigued
• Have concentration issues
• Feel life is a burden

If today you are feeling sad about something and tomorrow you are fine, then that’s not depression. The word depression has become a part of our English language as a result of which we end up using it loosely. Instead of saying, ‘I am feeling low’, we say, ‘I am depressed’. Medically, it is incorrect. If few or all of the above-mentioned symptoms are present for two weeks or more and are causing impairment in functioning then we classify it as a case of depression, said Dr Parikh.

Causes And Treatment Of Depression

The three factors that contribute to depression are biological, psychological and social. As per WHO, people who have gone through adverse life events like unemployment, bereavement, psychological trauma are more likely to develop depression. At its worst, depression can lead to suicide.

If the contributing factor is biological, we resort to medicines for treatment. If it’s psychological then therapy is recommended whereas if it’s social then we ask the family and friends to provide all kinds of support and create a positive environment for the person, explains Dr Parikh.

Can Yoga Help In Treating Depression?

Dr Parikh believes that activities like yoga, meditation, practising art, and spending time with nature are the kinds of activities that are healthy for everyone and always have an impact on the quality of life. But to say that these are treatments will be incorrect. These activities are to be accompanied by medicines and therapy, depending on the case.

Remember, the treatment for depression is not life-long; medicines are not addictive; you won’t get dependent on a therapist for your life; talking to a friend is not like talking to a therapist, said Dr Parikh.

Also Read: How To Ensure Emotional And Mental Well-being During COVID-19? Expert Answers

If you need support or know someone who does, please reach out to your nearest mental health specialist. Helplines: