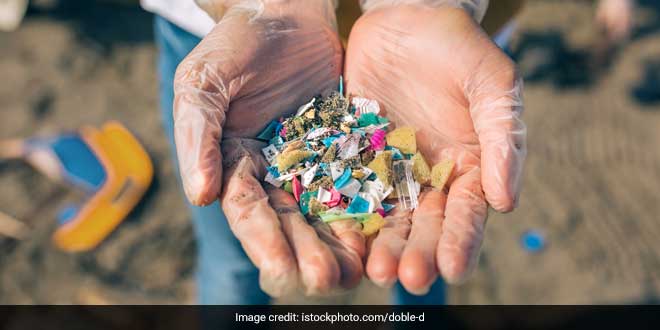 Washington D.C.: Microplastics are the tiny bits and pieces of plastic that have worked their way into our water systems causing potentially catastrophic conditions for humans and marine life, discovered researchers. Led by Dr Judy Lee and Marie Enfrin from the Department of Chemical and Process Engineering at the University of Surrey and Dr Ludovic Dumee at Deakin’s Institute for Frontier Materials, the project investigated nano and microplastics in water and wastewater treatment processes.

The team found that tiny pieces of plastic break down further during treatment processes, reducing the performance of treatment plants and impacting on water quality. The study was published in Journal of Water Research.

There has been a substantial study of microplastics pollution, but their interaction with water and wastewater treatment processes had not been fully understood until now.

The research highlighted the current difficulty in detecting the presence of nano and microplastics in treatment systems.

In order to ensure water quality meets the required safety standards and to reduce threats to our ecosystems, new detection strategies are needed with the aim of limiting the number of nano and microplastics in water and wastewater treatment systems.

The presence of nano and microplastics in water has become a major environmental challenge. Due to their small size, nano and microplastics can easily be ingested by living organisms and travel along with water and wastewater treatment processes. In large quantities they impact the performance of water treatment processes by clogging up filtration units and increasing wear and tear on materials used in the design of water treatment units, said Dr Lee, Project Lead and Senior Lecturer at the University of Surrey.