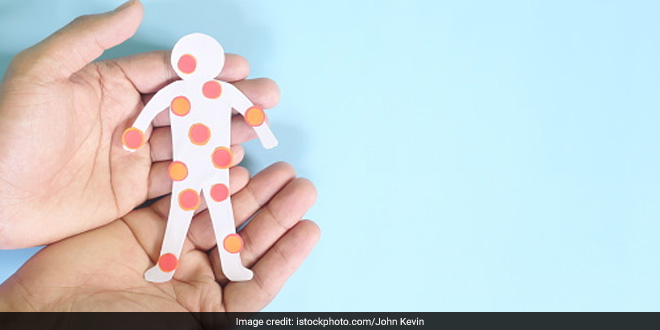 New Delhi: Monkeypox virus threat is blooming around the globe, with over 20 countries reporting the zoonotic disease that is transmitted from animals to humans. The concern of this virus is growing in India as a 22-year-old youth has recently died in Thrissur (Kerala) who was also tested positive for monkeypox. The World Health Organisation (WHO) has also declared monkeypox a ‘global health emergency’ due to the rising number of cases worldwide.

Amid increasing chaos and concern with the disease, it is important to know what monkeypox is and how it is different from chickenpox, which is said to be somewhat similar to the illness. Doctors have also claimed that patients around the globe are getting confused and misinterpretation about the disease. Here are the key differences between the two diseases:

1. Only Skin Rashes In Chickenpox, Monkeypox Has More Symptoms

Dr Ramanjit Singh, visiting consultant, dermatology, Medanta Hospital said that Monkeypox usually starts with fever, malaise, headache, sometimes sore throat and cough, and lymphadenopathy (swollen lymph nodes). He added that all these symptoms appear four days prior to skin lesions, rashes and other problems which primarily start from the hand and eyes and spread to the whole body.

2. In Monkeypox, Lesions Are Bigger Than Chickenpox

3. Chickenpox Gets Treated On Its Own, Monkeypox Requires Treatment

Dr Koul further elaborated on the difference and said, “In chickenpox, lesions are self-limiting after seven to eight days but not so in monkeypox.

5. Virus Is Different In Both Diseases

Elaborating on the virus that causes chickenpox, Dr S C L Gupta, medical director of Batra Hospital, said chickenpox is a Ribonucleic acid (RNA) virus that is not as severe but it too leads to rashes on the skin. He further said that “This is the season of chickenpox. Usually, during monsoon, there is this dampness, rise in temperature, water logging, formation of moisture and wet clothes, all these leads to growth of the virus.”

Talking about monkeypox, Dr S C L Gupta explained that such virus requires an animal host but is self-limiting with sore throat, fever and normal virus signs. He added,

“The main sign of this virus is the rashes on the body which have liquids inside. This leads to a viral infection which weakens the body’s resistance. But problems arise due to its complication. In case, any bacterial infection and gets pusses and leads to blisters leading further complications in the body. Right now, monkeypox is at its juvenile stage. We do not have proper treatment. We are just following the method of isolation and treating the suspected patient according to their symptoms. If there is a throat infection, we use the generic medicines that we usually take. So, here it is a case of symptomatic treatment.”

Apart from the differences, another question that everyone is asking about the monkeypox virus is if the previous chickenpox infection makes a patient immune to monkeypox.

Answering this, Dr Rajinder Kumar Singal, Senior Director and Head of Department, Internal Medicine, BLK Max Hospital, New Delhi, said, “Both are caused by different viruses, the mode of transmission is different, and the previous infection does not ensure any protection against the new one. But those who have received the smallpox vaccination have lesser chances of contracting monkeypox.”

He further added that the smallpox vaccine was discontinued after the WHO said the disease had been completely eradicated around 1979-80. People born before 1980 who have taken the smallpox vaccine have lesser chances of contracting monkeypox. Both smallpox and monkeypox are caused by viruses of the same family.

Due to the similarity between smallpox and monkeypox, many countries have allowed smallpox vaccines to be given but in India, it is still not allowed.