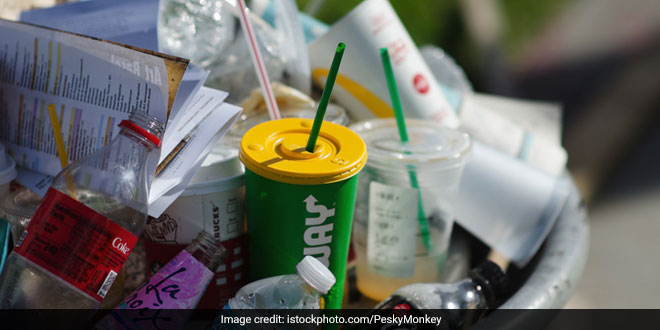 Mumbai: The Brihanmumbai Municipal Corporation seized nearly 410 kg of plastic from shopkeepers and traders in the city and imposed a fine of Rs. 6.60 lakh on them on Tuesday, a civic official said. The civic body launched the drive from February 29, with an to make Mumbai free of single-use plastic by May 1this year, in line with the Maharashtra government’s recent announcement.

On the fourth day of the special drive on Tuesday, the civic administration took action against 5,609 shopkeepers and traders. The official said,

About 410 kg of single-use plastic items were seized from them and a total fine of Rs. 6.60 lakh was imposed on them.

On Monday, the Brihanmumbai Municipal Corporation(BMC) officials checked over 4,000 shops and establishments and seized 1,029 kg of plastic while slapping a fine of Rs. 3.75 lakh on those found having single-use plastic, he said.

On the first day of the drive on Saturday, the civic body had fined 11 shopkeepers and traders and collected Rs. 55,000 as fine from them, he said. The BMC has warned of strict action against those who are using the prohibited plastic.

In a statement, the BMC has urged citizens, traders and hawkers not to use such plastic. Maharashtra minister Aaditya Thackeray on Friday announced in the Legislative Council that the state will be made free of single-use plastic items by May 1 this year. The BMC has said it seized 86,000 kg of plastic and recovered a fine of Rs. 4.65 crore between June 2018 and February 2020.

According to the civic body’s statement, a fine of Rs 5,000 will be imposed on a person found using the prohibited plastic for the first time, and if caught for the second time, the person will have to pay Rs. 10,000 as penalty. Anyone caught for the third time will have to pay a fine of Rs. 25,000 and can also be jailed for three months, its aid.