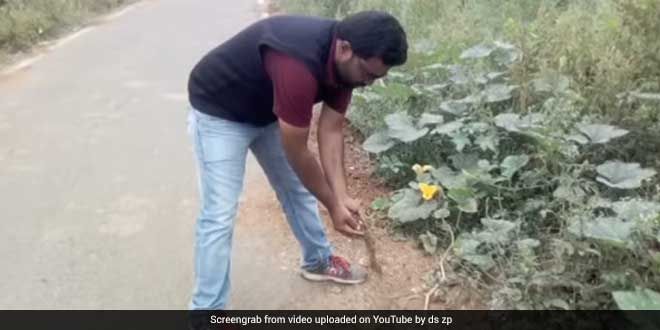 New Delhi: A Panchayat Development Officer (PDO) of Haradanahalli gram panchayat in Mysuru’s Nanjangud, is winning accolades from the government for making a village, where people used a newly built concrete road as a makeshift toilet, open defecation free. On witnessing the harsh truth that people are using the Ibjala village road, which was built with an investment of Rs 4-5 lakh, for defecating in the open, the PDO Mahadevaswamy started cleaning the road himself. He did this to instill a sense of cleanliness and hygiene among the villagers. Soon, people joined hands with him for this cleanliness initiative and started cleaning the shit on the road. However, the PDO’s swachhta journey to make the village ODF and being felicitated as a Swachh Champion wasn’t that easy.

When he single handedly started cleaning the road (open defection spot) by putting soil on the shit, people observed him and then intelligently followed suit. They even used carts and tractors to bring the soil to cover the shit. 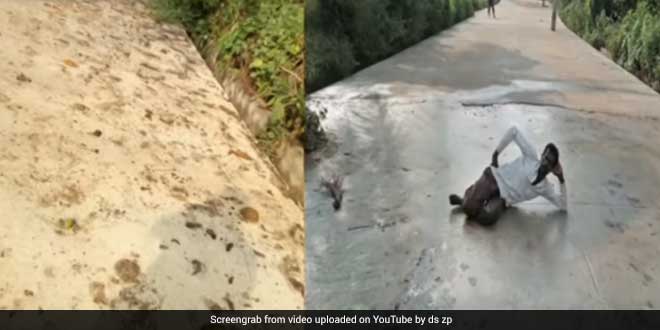 Within a few days’ time, the road which was earlier stinking was transformed into as clean as a new one. People even laid on the road and ate over there to prove that the road is hygienic enough to do anything. The villagers now use the road to spread their food grains for soaking in the sun.

Seeing people, who were used to the age old tradition of open defecation, putting soil on the shit to cover it and then cleaning it with water, encouraged me to work harder and motivate them to entirely prohibit the unhealthy act of open defecation, said the PDO.

Home to over 1,750 families, the Haradanahalli gram panchayat has six villages under its jurisdiction – Haradanahalli, Huchchagani, Ibjala, Katur, Basapur and Allayyanapur. When Mr Mahadevaswamy started the work in this panchayat, it was at the 45th spot in the taluk (administrative division) in terms of its sanitation coverage.

Not impressed with the situation, the PDO then on a daily basis from 5 to 7 in the morning and 8 to 10 in the evening used a mike installed on an auto-rikshaw to spread awareness about the ill effects of open defecation. And during the day, he utilized the time to interact with villagers, especially women and children in person, to motivate them to construct toilet at home.

Talking about his initiative, Mahadevaswamy said, The behavioural change was first seen in the women who then became a lighting lamp of the Swachh Bharat Abiyan. They stared by digging holes and constructing toilets on their own. Taking inspiration for this, a few even sold cows, jewels for garnening an investment to construct a toilet. People, who were earlier arguing, lamenting and used their problems related to money, land and water as an excuse, managed to build 694 toilets in just 30 days. Notably, the youth volunteers worked freely, for the sake of windows and helpless people.

Within a span of two months, from August to September 2017, Mahadevaswamy, with the help of other villagers and district officials, constructed a total of 849 toilets to make the panchayat open defecation free. Now, the Ibjala village has also received the Gandhi Gram Award.

The efforts of Panchayat Development Officer Mahadevaswamy not just received accolades from Ibjala villagers, but also from the district officials. This video posted on YouTube by the district’s Swachh Bharat Mission office, showcases his journey to make the road clean and then making the village free from the menace of open defecation.