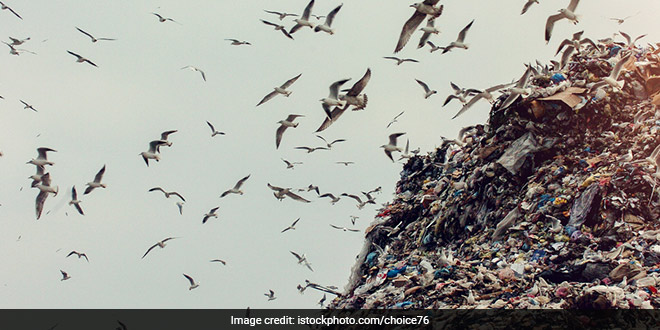 New Delhi: The National Green Tribunal has convened a meeting of stakeholders for identifying alternative landfill sites and setting up waste-to-energy plants in the national capital. A bench headed by acting Chairperson Justice UD Salvi said there was “disagreement” among the AAP government, municipal corporations and Delhi Development Authority (DDA) on the allotment of land for landfill sites which are needed urgently in Delhi.

The meeting, to be held on February 3 in the NGT premises, will be attended by the chief secretary, principal secretary of urban development, commissioners of all the corporations, CEO of the Delhi Cantonment Board, managing director of the Delhi State Industrial and Infrastructure Development Corporation Ltd (DSIIDC), vice chairman of the DDA, hairman of the Central Pollution Control Board (CPCB) and managing director of the NTPC.

The counsel appearing on behalf of the Delhi government submitted that there have been detailed deliberations between the chief secretary, principal secretary of urban development, municipal corporations, the DSIIDC, the National Thermal Power Corporation (NTPC) and the DDA.

“It was decided during the deliberations that the DDA will be preparing a detailed proposal/presentation for the lieutenant governor of Delhi regarding allotment of landfill sites. Let this detailed presentation be completed within a week,” the bench said.

The NGT had earlier said that it was unfortunate that at a time when the national capital was grappling with the huge quantum of waste to the tune of 14,000 metric tonnes on a daily basis, the authorities were involved in a “blame game” and showing an irresponsible attitude.

With the rapid development and massive urbanisation of the megacity, the waste generation was increasing on a daily basis which has resulted in the saturation of the existing landfill sites which can handle only up to 7,000 metric tonnes of waste, the tribunal had said.

The improper handling of municipal waste dumped at the sites has even resulted in the deaths of two people, the NGT had said. It had asked the public authorities to make concerted efforts to deal with the problem of waste and establish new landfill sites in a speedy manner. The green panel had constituted a committee to look into the working of waste-to-energy plants here.

It had also asked the Central Pollution Control Board (CPCB) and the Delhi Pollution Control Committee (DPCC) to approach the Delhi government to provide more landfill sites and maintain them strictly in accordance with the Solid Waste Management Rules of 2016.