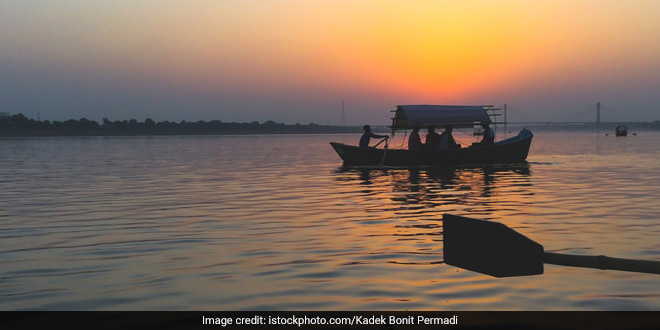 The Namami Gange programme is an integrated mission for Ganga rejuvenation. It has a comprehensive multi-sectoral intervention with multi-stakeholder involvement and adopts a basin based approach which includes Ganga and its tributaries.

The Namami Gange Mission aims at providing comprehensive and sustainable solutions for major pollution hot spots along the stretch of 97 towns and 4,465 villages on the Ganga stem.

This mission is not only constructing new infrastructures but also rehabilitating the old and dilapidated Sewage Treatment Plant (STPs) as well as ensuring Operation and Maintenance (O&M) of all assets hence created.

In Namami Gange programme, a total of 289 projects have so far been sanctioned at a cost of Rs 28,377 crore out of which 87 projects have been completed.

As many as 151 sewerage projects, 112 on the main stem of the Ganga and 39 projects on the tributaries, at a sanctioned cost of Rs 23,158.93 crore has been approved for the creation of 3,732 million liters per day (MLD) new Sewage Treatment Plant (STP) capacity, 1114 MLD rehabilitated STP capacity and laying approximately 4971.01 km sewerage networks.

Till date, 37 projects of pollution abatement have been completed, which has resulted in laying 2,565 km sewer networks and of 575 MLD of STP capacity in the Ganga basin. 63 projects are under execution and 51 are under various stages of tendering. 35 projects are expected to be completed in 2019 and 65 by 2020.

The 10 cities including Haridwar, Kanpur, Varanasi, Prayagraj and Kolkata which contribute more than 64 per cent of the pollution in Ganga have been comprehensively covered in all aspects under the Mission. Kanpur has been the hotspot of major pollution on the Ganga stem.

In a significant step taken to address the challenge of industrial pollution in Kanpur, a 20 MLD Common Effluent Treatment Plant (CETP) at Jajmau with an estimated cost of Rs. 617 Cr. has been sanctioned. A major achievement has been the interception and diversion of wastewater from Sisamau Drain that discharged nearly 140 MLD untreated sewage every day into river Ganga to the STP for treatment and had been on the agenda since Ganga Action Plan I.

One city One operator approach for Kanpur, Unnao and Shuklaganj, where a single operator is made responsible for the entire sewage infrastructure of a city to ensure single point accountability, desired performance, and long term sustenance, has been rolled out in major cities such as Farukhabad, Kanpur, Prayagraj, Mathura, Agra, Bhagalpur, Kolkata, and Howrah.

Also 162 ghats, 55 crematoria in addition to River Front Development in Patna and Haridwar have been sanctioned, while 87 Ghats and 24 Crematoria completed.