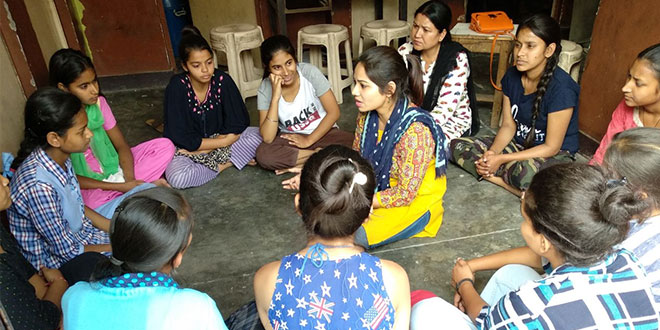 New Delhi: In 2016, World Bank estimated that India loses 0.9 percent of GDP, amounting to a loss of up to $ 20.25 billion (RS.1.35 lakh crore) because of anaemia. The disease primarily caused by lack of essential nutrients like iron, vitamin B12 reduces the productivity of people it afflicts and in extreme cases can be fatal. In India, Anaemia is more prevalent among women (pregnant and non-pregnant) belonging to the age group of 15-49 years when compared to men of the same age group. 53.1 per cent of women were found to be Anaemic in National Family Health Survey (NFHS) 4 of 2015-16, as opposed to 22.7 per cent of men who were Anaemic.

A small effort to improve the health of 100 adolescent girls by controlling iron deficiency (anaemia) in the selected community of Surat Nagar Phase 2 Gurugram (erstwhile Gurgaon) was initiated by a Delhi based NGO Smile Foundation and adhesive manufacturing company in January this year.

The project was introduced under Smile Foundation’s umbrella project Swabhiman instigated in 2005 to make a difference to the status of women’s health. Giving out details of the Swabhiman project, Seema Kumar, project lead, says, “Unfortunately, far from being empowered, most women are denied even their basic rights like health, education, employment and a respectable status in the society. To address these challenges, a tailor-made strategy called the ‘4 S Model’ has been developed under Swabhiman (self-respect) project.

Identification Of The Target Group

Over the years, Gurugram, known as the financial and technological hub, has witnessed a rise in the number of migrant labour, moving into the city for work. The demographic study of the identified location revealed that it is dominated by underprivileged and gender-biased community where girls are often deprived of proper nutrition.

Through regular health check-ups, the prevalence of anaemia among the women and girls was noted. It is only then Smile Foundation and Avery Dennison decided to improve the health of 100 adolescent anaemic girls (10-19 years) through education and awareness.

In January 2019, when Haemoglobin (Hb) tests were done, on an average, Hb levels were recorded between 6-11 gm/dl (grams per decilitre) as opposed to ideal levels of 11-16 gm/dl among children. After six months, in June, another blood test was done and significant improvement in the Hb levels of the beneficiaries was recorded.

Among all the beneficiaries was a 15-year-old Sapna, working as a volunteer with Smile Foundation since 2018; who was diagnosed with anaemia during one of the health check-ups. Recalling the day and how her Hb levels improved in just six months, Sapna says,

One day my mentor noticed my eyes and asked me to get a health check-up done because my eyes looked extra white. In January this year, I was diagnosed with anaemia and my Hb levels were recorded at 7 gm/dl (as opposed to the ideal Hb of minimum 11 gm/dl). I was given iron and folic acid supplements and asked me to inculcate nutritious food in my diet which majorly included add green leafy vegetables, milk, chick peas and jaggery. Back then I didn’t know how severe anaemia can be, let alone how to cure it.

After six months, in June, Sapna’s Hb level rose to commendable 8.5gm/dl. But the question here is, what motivated the 15-year-old girl and other adolescents to adopt healthy practices and diet and how did they do it.

Also Read: Smile On Wheels Provides Access To Primary Healthcare To The Poor At Their Doorstep In 22 States

To create awareness among girls and educate them about the health benefits of having adequate Hb levels, focus group discussions, group meetings, one on one counselling sessions, workshop with nutrition expert, and community medical doctor was organised.

Until and unless individuals are educated about the health implications of a particular disease, they take little to no preventive and corrective measures. Keeping that in mind, during all the discussions and workshops, various aspects of anaemia – symptoms, treatment and prevention, and nutritious diet were discussed. Talking about the same, Seema says, 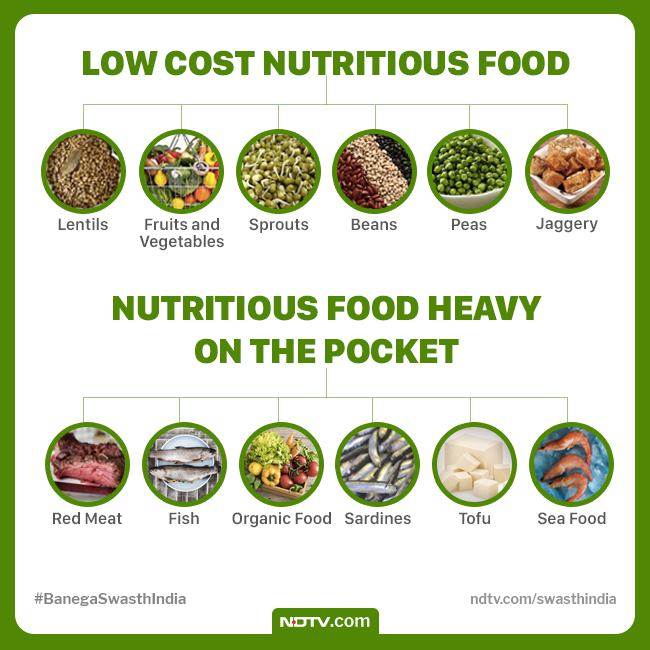 With education and expert guidance, the team managed to improve the Hb levels among the adolescent girls and within six months results started showing. Earlier, in January, the minimum Hb among the target group was 6gm/dl, but in June, it shot upto 8gm/dl. Also, before Smile Foundation’s intervention, only a couple of girls had Hb levels more than 9gm/dl, but today 82 girls have Hb levels at 9 and above.

Trends in Haemoglobin levels among the target group – 100 adolescent girls, over a period of 6 months

The adolescence period is an intense anabolic period when the requirements for all nutrients increases. The poor food habits, lack of resources and lack of nutritional awareness are considered to be the main factors in determining nutritional status. During the intervention period, we tried to change the poor food habits, and raise awareness about anaemia and how even poor people can have nutrients rich diet, says Seema Kumar.

Experts believe Anaemia can be acute to fatal. People with severe levels of Anaemia may face cardiac attack and can die due to complications. Pregnant women, if Anaemic, can witness impediments during delivery. Also, if a pregnant woman is anaemic, new born will also be anaemic which can hamper the child’s growth.

Most of the people who have Anaemia have decreased capacity to work and are often breathless, they are less productive and can’t exert themselves. Even GDP contribution will be less from such people, suggests Dr Giridhara R Babu, Professor, Head Lifecourse Epidemiology, PHFI, Bangalore.