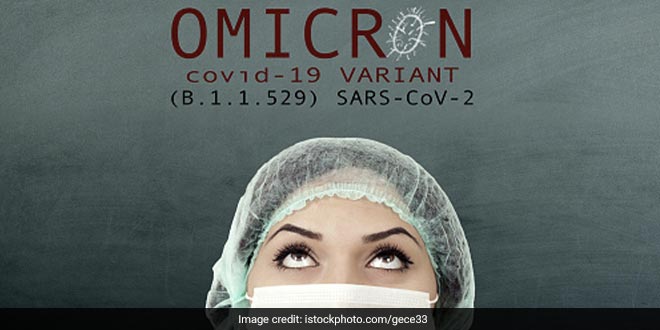 The Indian SARS-CoV-2 Genomics Consortium (INSACOG), in a statement, said it was keeping a close watch on the emergence and evolution of XBB and XBB.1 and any new sub-lineages

Mumbai: The new variants of Omicron, XXB and BQ.1, have not led to any significant rise in coronavirus infections and hospitalisations in Maharashtra, experts have said. The symptoms caused by these strains of the virus are mild, they noted. Dr Anita Mathew, Infectious Disease Specialist at Fortis Hospital, Mulund, said many of the new patients are asymptomatic. She told PTI,

Many people have incidental COVID-19. In other words, they are visiting the hospital for other health conditions and test positive for the coronavirus infection.

Symptoms such as the loss of smell and taste, observed prominently in earlier infections, have not been noticed in many patients. Many of them report cold and cough, which is why there isn’t a lot of testing or self-isolation, Dr Mathew added.

She, however, stressed that vaccination against coronavirus was still important. She said,

One should be careful so that the risk of infecting others decreases.

As per the state health department, 17 per cent more COVID-19 cases were recorded during October 10 to 16 against the preceding week (October 3-9). The rise was noticed mainly in Thane, Raigad and Mumbai, all densely-populated districts.

The department had also cautioned that coronavirus cases could rise during winter and the festive season, citing new variants which have greater immune evasive ability.

Dr Vasanthapuram Ravi, Virologist, Head, R&D, TATA Medical and Diagnostics (and Chairman of Karnataka Genomic Surveillance Committee) said the new strain of virus and the disease genotype were no different from Omicron in terms of severity and asymptomatic status. He said,

It is a hybrid of two Omicron variants, 3.75 and BJ1, due to which it has a novel mutation in the spike proteins which makes it escape the antibodies generated by vaccines. This is why it is causing infections even in vaccinated people.

But there is not much to worry due to its lessened severity though testing is still important, he added.

If a patient tests positive for Omicron, he or she can get treatment for Omicron infection, Dr Ravi said.

But if the test is negative for Omicron (despite symptoms) then one needs to immediately consult a physician in case there is a presence of a new variant or another virus like flu virus or RSV (respiratory syncytial virus), he added.

The Indian SARS-CoV-2 Genomics Consortium (INSACOG), in a statement, said it was keeping a close watch on the emergence and evolution of XBB and XBB.1 and any new sub-lineages.

But Indian patients infected with Omicron sub-lineage XBB of COVID-19 have mild disease, it went on to add.

Dr Laxman Jessani, Consultant, Infectious Diseases at Apollo hospitals in Navi Mumbai, said the chances of hospitalisation and ICU admissions are low as the infections are mostly mild.

He too said that there was no significant rise in cases in the last few weeks.

“High-risk groups and elderly people should avoid going out to prevent getting infected, especially in crowded places,” he said, adding that wearing a mask is a must.

Vehicles Contributed Half Of PM 2.5 Pollution From Local Sources In Delhi Around Diwali: CSE Report