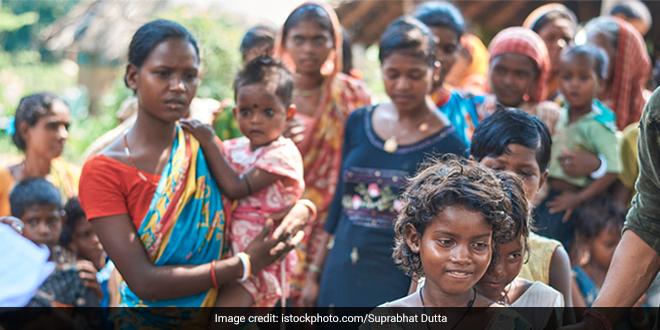 New Delhi: Malnutrition in India has called for priority actions within the existing nutrition and health programs. Among all the indicators, stunting (low height for age) remains one of the primary signs of malnutrition among children and anaemia among women. Speaking to NDTV, Chief of Nutrition, UNICEF India, Arjan de Wagt, detailed the causes, indicators, effects, and possible interventions required to combat nutritional deficiency and anaemia among women and children.

NDTV: How stunting remains one of the primary indicators of nutritional deficiency among children?

Arjan de Wagt: Stunting basically means when a child doesn’t grow enough in length. It does not happen overnight; rather, it is an indicator of growth over a longer period of time. In India, about one in three children is stunted, according to the National Health Family Survey (NFHS-5). Besides, it is not just the body that doesn’t grow well, even the immune system of the child is affected. Such children are more susceptible to illness because of their weak immune systems. Additionally, nutritional deficiency also delays brain development and leads to poor cognitive performance. We have observed that in the first three years, the brain needs proper nutrition to grow into its adequate size, otherwise, a child has a stunted brain, which further has long term effects.

The best investment parents could make is educating their children about health and feeding them nutritious food, especially in their primary years. If they are not fed properly, the effects are irreversible. A lot of children go to school at the age of six, but for some of them, their brains are not fully developed, as is evident from their responses to a particular situation or question compared to other children.

We always say that the first two years of a child’s life and the first 1000 days of pregnancy are crucial. We need to make sure that the expectant mother and the child are fed adequately.

NDTV: What is the status of food policies in India?

NDTV: How can we improve the nutritional status of women and children?

NDTV: Anaemia among Indian women: How can the centre’s “Anaemia Mukt Bharat” Programme Help Combat It?

Arjan de Wagt: Anaemia, also referred to as low haemoglobin, can be simply defined as the lack of the right type of nutrients to make the blood strong enough. One lacks enough healthy red blood cells to carry adequate oxygen to the body’s tissues. In anaemia, you feel weak and tired, and you cannot concentrate well. We have seen the maximum number of Indian women suffering with it, but it can be combated with multiple measures.

For women, the consumption of iron and folic acid supplements is an essential factor. It is beneficial for adolescents and children as well. Then, a balanced diet is another important factor, but people are unaware of it. They think that eating a lot of rice and other foods rich in carbohydrates might be healthy. One needs to add micronutrients, and fibre-rich foods to stop anaemia.

Nutritional literacy can also help combat anaemia, but it is still too low in India. As a nutritionist, I wish that the kind of investment that is made in curating the programmes would be the same for promoting nutritional literacy, to help people understand what a healthy meal contains. Nutritious food doesn’t have to be expensive, but you need to know how to avail it.

Speaking of the Indian government’s “Anaemia Mukt Bharat” Programme, it suggests six interventions. It recognises that there is no magic bullet to stop anaemia but it requires multiple measures. Apart from the consumption of iron and folic acid supplementation, the inventions include deworming, testing of anaemia through digital methods, food fortification, addressing non-nutritional causes of anaemia, and Intensified year-round Behaviour Change Communication Campaign.

Food fortification is another important component. People need to make the consumption of regular food more nutritious. The centre has issued guidelines and mandated the use of fortified salt, wheat flour, and oil in foods served by the Integrated Child Development Services (ICDS) and Mid-day Meal (MDM), among other schemes.

Over the years, we have seen an increase in the awareness of the Anaemia Mukt Bharat Programme. Several states showed nearly 40–50 per cent improvement, especially among adolescents. However, we need to bring more people under the umbrella, but often it happens that people who need the essential foods and supplements the most are reached at last.

Also Read: India Needs 108 Million Tonnes Of Foodgrains A Year To Be Distributed To The Poor: Union Minister Piyush Goyal