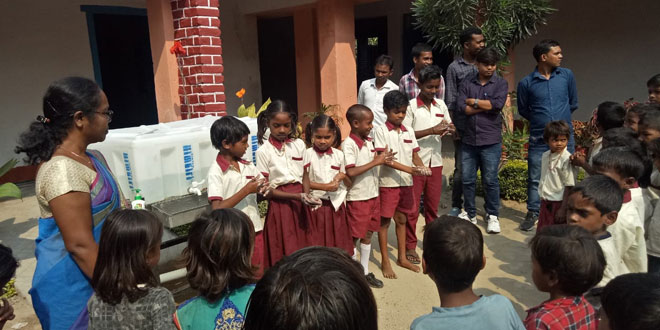 New Delhi: Students and teachers of a government school in the remote area of Satbarwa block of Palamu district in Jharkhand recently caught the attention of the National Institution for Transforming India (NITI Aayog) for undertaking innovative efforts towards cleanliness and sanitation. While appreciating the Dulsulma Middle School, NITI Aayog shared on its Twitter handle, “Clean as well as healthy. The method adopted by Dulsulma Middle School is very good and is like a mass movement for the advanced future of the district.” According to Deputy Commissioner of Palamu, Shantanu Kumar Agarhari, the school gained prominence and the attention of NITI Aayog when a senior teacher, who has now retired, uploaded the pictures of some innovations and experiments being done in the school on social media. He said,

The Palamu district administration appreciates the efforts for a clean and good education at Dulsulma Middle School. Being recognised at the national level and getting a citation by NITI Aayog is a matter of pride for the whole district. I hope other schools too would learn from this school and do the same.

A Jan Andolan for bright future of the district ???? pic.twitter.com/GcWNtKyIHs

While talking to NDTV about the achievement of the school, headmistress of the school, Anita Bhengra said that it took about 20 years for her and her colleagues to bring a change in the attitude of the parents and children with the help of whom, the school has been able to develop on the lines of a private school. She said,

This is a great encouragement for all of the students, current and past, teachers and the people of Palamu. It is the result of their effort and their will to change for the better. I am thankful to NITI Aayog that has noticed us.

The school which was upgraded from primary to middle school a few years ago, currently has 157 enrolled children.

What Made Jharkhand’s Dulsulma Middle School A Role Model For Other Schools?

According to Ms. Bhengra, personal hygiene and cleanliness was the biggest problem in the school 20 years ago when she became the headmistress of the school because it was deprived of basic WASH (water, sanitation and hygiene) facilities for a long time and also there was a lack of awareness among the people in the area. Therefore, soon after taking the office, 20 years ago, she along with her colleagues started focusing on making children aware about the importance of bathing, cutting nails, and handwashing. She said,

Earlier, the students, most of whom belonged to underprivileged families of farm labourers and construction workers, had no knowledge about keeping themselves clean. We taught them about personal hygiene and sanitation and helped them develop the habit of washing hands. Over the years, we have conducted numerous workshops and handwash demonstrations during the morning assembly. Along with this, every morning we check all students’ nails, uniform and hair. In case we find them dirty, we send a note to the parents and ask them to ensure cleanliness and hygiene at all cost. 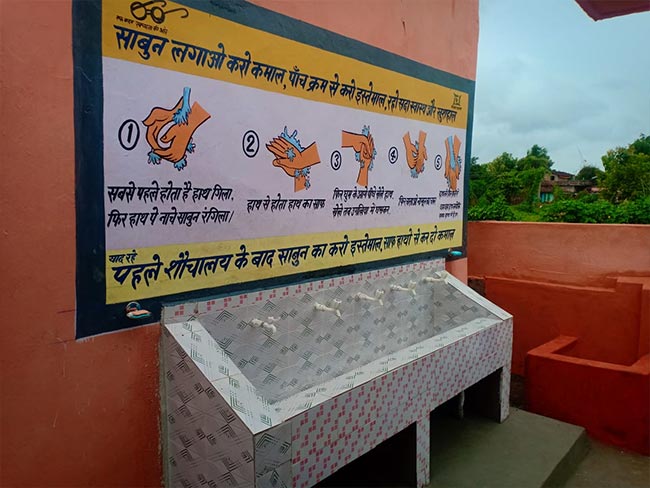 Gradually, the school constructed separate toilets for girls and boys and got a handwashing area in place. The school has also employed technology to keep waste generation low by installing an incinerator for disposing off the used sanitary pads. 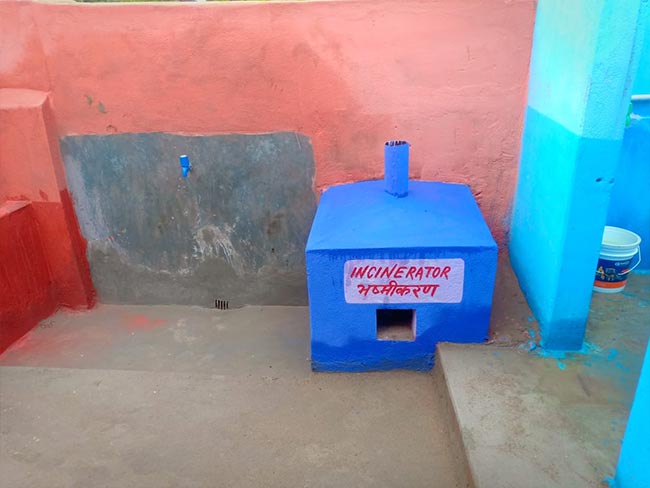 Now, the school also has special arrangements for the differently-abled students, keeping in view of their seating and toilet needs. Apart from this, the school has developed gardens and organises tree-plantation drive in the neighbourhood regularly. Ms. Bhengra proudly asserts,

Hundreds of trees have been planted by students in and around the school. They take care of the trees and even help in maintaining the school garden.

Ms. Bhengra highlighted that a students’ body called ‘Bal Sansad’ (Students’ Parliament) has been formed by the school that has been made in charge of maintaining cleanliness in the school and report to the principal if there is any infrastructural issue like the malfunctioning of taps or toilets. Chandani Kumari, student of class seven who holds the position of Sports Minister in the Students’ Parliament said,

We are the future citizens of the nation and it is our responsibility to keep our surroundings neat and clean. We are taught that a clean and healthy mind lies in a clean body and obviously we need to take care of our school, house and neighbourhood along with our bodies in order to truly be clean. As part of the ‘bal sansad’ and as a senior student in our school, we volunteer our time to help the younger students in learning the school syllabus as well as in helping them use school toilet, wash hands and contribute in cleaning the school. 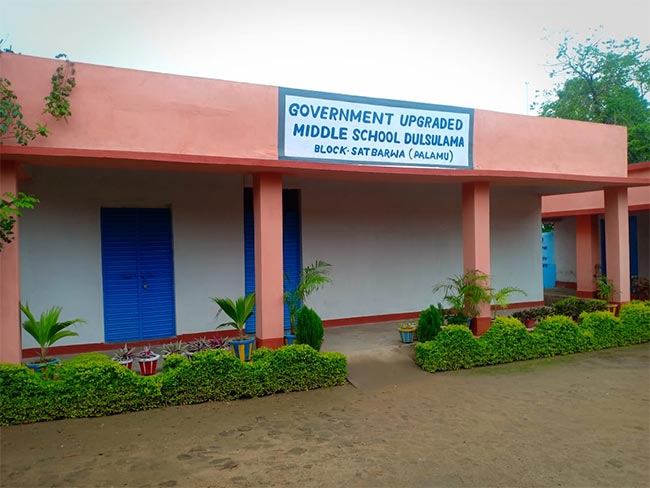 The school is also conserving water through rainwater harvesting structure and is also using solar energy to run the motor to draw the groundwater.

As the school gets a special mention from NITI Aayog on its Twitter handle, Masudi Tudu, the deputy superintendent of education of Palamu dedicated the accolade to the Ms. Bhengar. He said,

Constant efforts from her and her team of teachers and students have transformed the school. It is a matter of pride for all of us that a small school from our small district has been recognised at the national level by the national think tank.

He further added that the district education department will be rewarding the school for its efforts and other schools will be asked to implement innovative measures like Dulsulma Middle School.