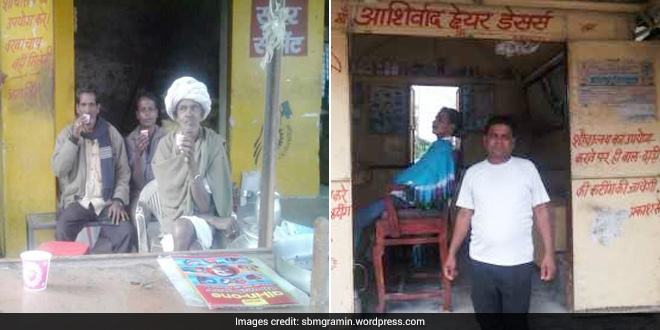 New Delhi: In Rajasthan’s Kelwara village there is a small storm in the tea cup and a big revolution brewing. A tea vendor and a salon owner are on a mission to set the wrongs right in their village. With the construction of 800 toilets, Kelwara, a small gram panchayat (GP) with 868 families was declared free from open defecation in 2016. Despite being one of the early regions in Rajasthan to attain the ODF tag, instances of open defecation in the gram panchayat continued. Concerned by this, the local panchayat asked residents to come forward and help it end this bad practice. 24-year old tea vendor, Bhaga Singh along with, Prakash Sen, who owns a salon stepped up and volunteered to work towards sustaining the villages ODF title.

Bhaga a supporter of the cleanliness mission since the very beginning says,

The government is providing infrastructure and subsidy to everyone and even after that if we are failing to use toilet it is a shame. I do not have the necessary tools to start a widespread initiative and hence I decided to take advantage of my tea stall. It has been over two years since I stopped selling tea to people who relieve themselves in open. 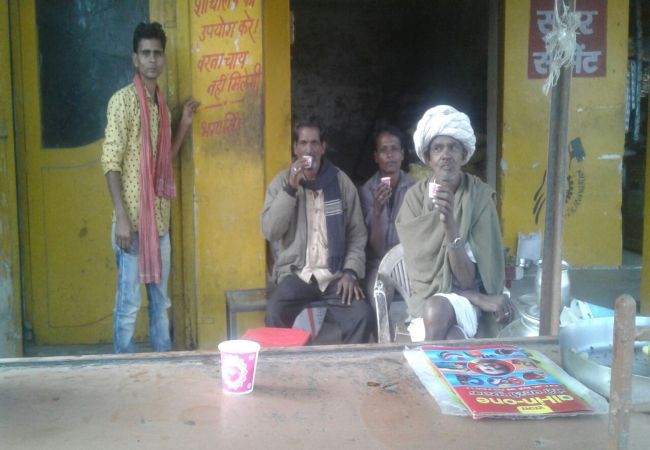 50-year-old Prakash too joined the forces to drive away the evil of open defecation from the village. He refused to provide his services too. So on several occasions a haircut denied to people!

The whole exercise of building toilets is defeated if they aren’t utilised. I go for morning walks everyday and on my way I keep a track of all those villagers to relive themselves in open. Initially I used to only give warnings to these people but with no tangible result I stopped providing my services. There have been times when people have mocked my initiative which comes at the cost of losing my customers. But I don’t mind monetary loss if it comes with people ending open defecation, says Prakash who believes that merely spreading awareness isn’t enough to bring about a behavourial change and that stern actions should be taken as well.

Identifying people who defy the ODF status, isn’t a difficult task for both the entrepreneurs, thanks to small population of the village.

Since both their shops are situated in the main area of the panchayat, the influx of customers is high. To begin with Bhaga and Prakash painted notices on the walls of their respective shops with a common message. ‘ Shauchalay ka upyog kare, varna chai nai milegi’ has been displayed on the tea shop and ‘Shauchalay ka upyog kare, varna baal-daadi ki cutting nahi ki jaayegi’ has been put up in the salon which is right opposite to the tea stall. Both the messages translate to ‘Use toilets or you won’t get tea or a haircut’ respectively. 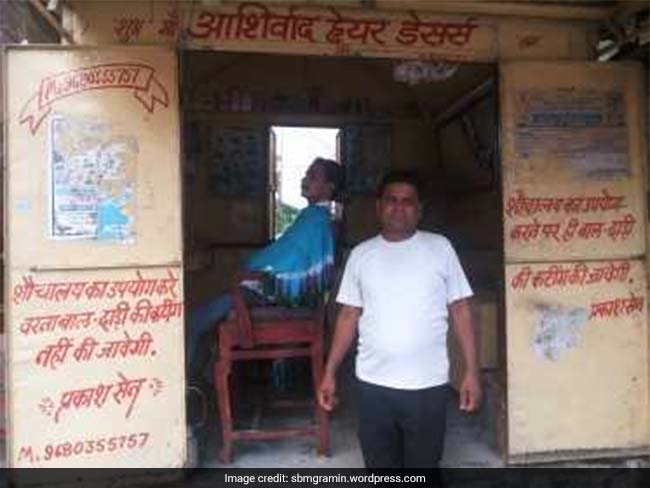 On several occasions Prakash has denied a haircut to people

Besides refusing their services, Bhaga and Prakash also educate their respective customers about basic sanitation habits they should incorporate in their daily lives like washing hands and keeping their house clean.

Most of diseases arise due to unclean and unhygienic environment and open defecation is one of them. It hardly takes 2-3 minutes to tell people about simple ways to maintain swachhta, adds Bhaga, who often links open defecation with dignity, respect and pride of a woman in his awareness talks.

So has there been a change in the existing situation in last one year? Yes! answers Bhaga. Though the instances of open defecation haven’t yet completely been eliminated but a reduction has been recorded by the local panchayat. Infact, their initiative has inspired neighbouring villages to adopt similar techniques to promote toilet usage. In Bhaga’s native village Meherpal the panchayat committee has applauded his move and called for similar measures from the community.

Swachh Bharat Abhiyan is into its third year and process of toilet building is in full swing to accomplish the 2019 goal of 100 per cent sanitation. But the challenge lies beyond the toilet construction.  Every effort to make the people use the toilets count, and even small steps like these can bring about a mass behavioral change and make a difference.

Also Read: Take A Cue, India! Innovative Ways Through Which The World Is Dealing With Public Urination