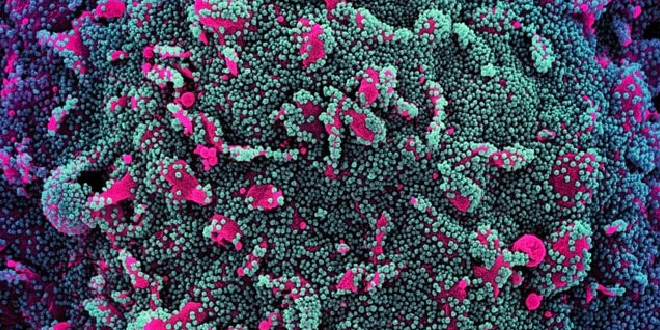 The research, published in the journal JAMA Pediatrics, is the first large-scale study to compare the health outcomes of coronavirus infection from Omicron and Delta in the age group which is not yet vaccinated

Washington: Children younger than five years who are infected with Omicron have less risk of severe health outcomes than those infected with the Delta variant of coronavirus, according to a study. The research, published in the journal JAMA Pediatrics, is the first large-scale study to compare the health outcomes of coronavirus infection from Omicron and Delta in the age group which is not yet vaccinated. The finding led by researchers at the Case Western Reserve University in the US show that the Omicron variant is 6-8 times more infectious than the Delta variant.

The severe clinical outcomes ranged from a 16 per cent lower risk for emergency room visits to 85 per cent less risk for mechanical ventilation, the researchers said. About 1.8 per cent of children infected with Omicron were hospitalised, compared to 3.3 per cent with Delta, they said.

The major conclusion to our research was that many more children were infected with Omicron when compared to Delta, but the children who are infected are not impacted as severely as were children infected with the Delta variant, said Pamela Davis, a research professor at the Case Western Reserve School of Medicine. She added,

However, because there are so many more children infected, our hospitals were affected over the winter months by an influx of young children.

The study also compared the records of more than 10,000 children immediately before the detection of Omicron in the US, but when Delta was still predominant.

The researchers noted that children younger than five years are not yet eligible for COVID-19 vaccines and have a low rate of previous SARS-CoV-2 infections, which also limits their pre-existing immunity.

Among the factors they reviewed were: emergency room visits, hospitalisations, ICU admissions and mechanical ventilation use.

Analysing the demographic data, the researchers found that children infected with Omicron were on average younger — 1.5 years of age versus 1.7 years — and had fewer comorbidities.

Rong Xu, from Case Western Reserve School of Medicine, noted that Omicron is less severe than Delta, however, the reduction of the severity range in clinical outcomes is only 16 to 85 per cent.

Furthermore, since so many un-vaccinated children were infected, the long-term effects of COVID-19 infections on the brain, heart, immune systems and other organs of children remains unknown and worrisome, Rong Xu added.

COVID-19 Pandemic: Here’s What Experts Have To Say About Lifting The Mandate On Face Masks By Some States