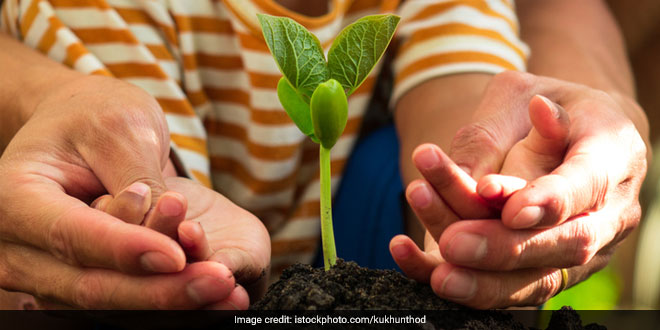 Following this, the Delhi government’s target is to plant 33 lakh saplings this year, which is nearly twice the target set by the Central government. Beginning June 5, in all the nurseries of the Delhi government, citizens will be able to take free saplings of medicinal plants to help boost their immunity to combat Covid-19, read an official release.

“On World Environment Day on June 5, the Delhi Government has decided to begin its afforestation program. For the next one year, the government has decided to plant 33 lakh trees in Delhi. With regard to the problem of pollution in Delhi, PM10 plays an important role, which is produced by dust that rises on the sides of roads. For this, we’ll have small plants on the sides of roads, to control PM10,” it said.

Mr Rai said that the Central government provides an afforestation target to states every year.

Last time, this target was set at 15 lakh plants in Delhi. As per the promise made by Chief Minister Arvind Kejriwal, during the elections, it was promised to achieve the goal of planting 2 crore plants in the next 5 years to improve the environment. Keeping that goal in mind, we had surpassed the Central government’s goal and set a target of planting 31 lakh trees last year. We are happy to report that we surpassed our own target and planted 32 lakh trees in the last year, he added.

“In the upcoming days, this program will be operational on a larger scale”, he said.

In Delhi, medicinal plants are given free of cost by the governmental nurseries. This year too, we will initiate the same wherein beginning June 5, we will plant immunity-boosting herbs and medicinal plants. It is my appeal to the people of Delhi that they should take these plants from the governmental nurseries and plant them. These do not need a lot of space and you can plant them in the pots at your homes and increase our immunity levels by consuming them.

The minister said that in 2017, Delhi’s green arena covered 299 kms, which increased to 325 kilometres and the Delhi government is hopeful that this year’s tree plantation program will further increase this to an area of about 350 kilometres.