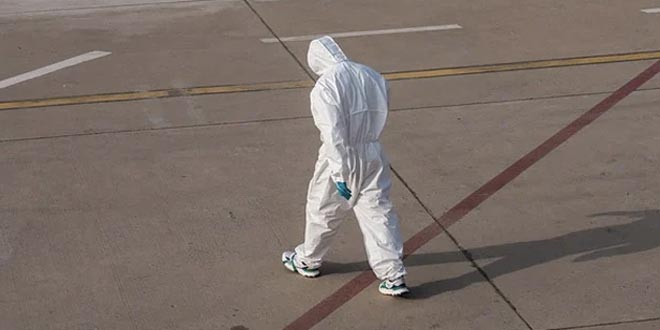 London: A year after having COVID-19, only around one in four hospitalised patients feel fully recovered, according to a UK study published in The Lancet Respiratory Medicine journal which found that the disease affects women worse than men. The team led by researchers at the University of Leicester, UK, found that being female versus being male, having obesity and having had mechanical ventilation in hospital were all associated with a lower probability of feeling fully recovered at one year.

The limited recovery from 5 months to 1 year after hospitalisation in our study across symptoms, mental health, exercise capacity, organ impairment, and quality-of-life is striking. In our clusters, female sex and obesity were also associated with more severe ongoing health impairments including reduced exercise performance and health-related quality of life at 1 year, potentially highlighting a group that might need higher intensity interventions such as supervised rehabilitation, said Rachael Evans, from the University of Leicester.

The study used data from the post-hospitalisation COVID-19 (PHOSP-COVID) study which assessed adults aged 18 years and over who had been hospitalised with COVID-19 across the UK and subsequently discharged.

Patients from 39 UK National Health Service (NHS) hospitals were included, who agreed to five-month and 1-year follow-up assessments in addition to their clinical care.

Recovery was assessed using patient-reported outcome measures, physical performance, and organ function at 5 months and one year after hospital discharge.

The researchers also took samples of participants’ blood at the five month visit to analyse it for the presence of various inflammatory proteins. A total of 2,320 participants discharged from hospital between March 7, 2020, and April 18, 2021, were assessed at 5 months after discharge and 807 participants completed both the 5-month and 1-year visits at the time of analysis.

These 807 patients had a mean age of 59 years, 279 were women and 28 per cent received invasive mechanical ventilation, the researchers said.

The proportion of patients reporting full recovery was similar between 5 months and 1 year, they said. In an earlier study, the authors had identified four groups or ‘clusters’ of symptom severity at five months, which were confirmed by the new study at one year.

In both the very severe and the moderate with cognitive impairment clusters, levels of the inflammatory biomarker interleukin-6 (IL-6) were higher when compared with the mild cluster, they said. “Our study highlights an urgent need for health-care services to support this large and rapidly increasing patient population in whom a substantial burden of symptoms exist, including reduced exercise capacity and substantially decreased health-related quality of life one year after hospital discharge,” said Professor Christopher Brightling from the University of Leicester.

Without effective treatments, long COVID could become a highly prevalent new long-term condition. Our study also provides a rationale for investigating treatments for long COVID with a precision-medicine approach to target treatments to the individual patient’s profile to restore their health-related quality of life, Professor Brightling added.

Also Read: Covid: Over Six-Fold Rise In Patients Under Home Isolation In Delhi

70 Per Cent People Who Took Booster Dose Didn’t Get Covid During 3rd Wave In India: Study