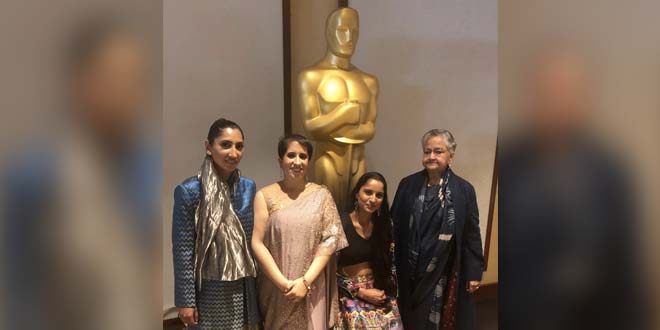 New Delhi: “A period should end a sentence, not a girl’s education,” said Ms. Melissa Berton while accepting the Oscar for ‘Period End Of Sentence’, a short documentary set in India, about the taboos surrounding menstruation at the 91st Academy Awards ceremony held in Los Angeles. The 26-minute film follows girls and women in Hapur district of Uttar Pradesh, fighting against the deeply rooted stigma of menstruation. The film also delves into the work of real life ‘Pad Man’ Arunachalam Muruganathan, who devised low cost sanitary pads for women in rural areas and he helped the women in Hapur get a sanitary napkin manufacturing unit in their village. Mr. Muruganathan also makes a short cameo in the movie.

And the #Oscars winner is… pic.twitter.com/tvMiXH9hto

The documentary is directed by the award-winning Iranian-American filmmaker Rayka Zehtabchi and was produced by the Indian Producer Guneet Monga’s Sikhya Entertainment, known for producing films like ‘Masaan’ and ‘The Lunchbox’. 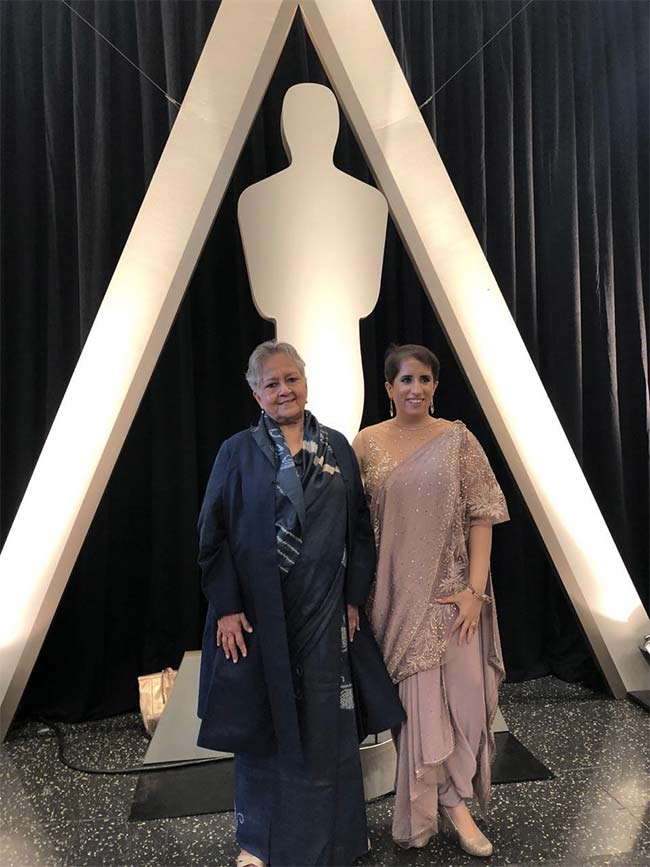 Ms. Zehtabchi said as she got up on the stage to accept the honour,

I can’t believe a film about menstruation just won an Oscar.

WE WON!!! To every girl on this earth… know that you are a goddess… if heavens are listening… look MA we put @sikhya on the map ❤️

Ms. Monga thanked the Academy for the award and for recognising the efforts of the young girls from Oakwood school in Los Angeles to Kathikera in Uttar Pradesh. She said,

Periods are normal and in no way do they stop us from achieving anything. This has been more than 10 years of work of Action India run by Gauri Chaudhary on educating reproductive rights on the ground in many villages. Feminist Majority Movement and Girls Learn International have been pushing this cause in US. Every girl in India or anywhere around the world needs to know this and hear this loud and clear. Period is an end of a sentence but not a girl’s eduction.

The film came to into being as a part of The Pad Project, an organisation started by students at the Oakwood School in Los Angeles and their teacher, Melissa Berton.

“Started with a small dream in the English department room of @melissa_berton with her school girls of @oakwoodstories for empowering and educating other young girls across the world for better menstruation hygiene,” Ms. Monga posted on her Instagram account.

Ms. Zehtabchi and Ms. Berton accepted the award with these words,

I’m not crying because I’m on my period or anything.

In their speech, they also thanked Ms Monga for all that she has done to help empower women, Ms. Zehtabchi said,

Guneet Monga – know that you have been empowering women all over the world fight for menstrual equality.

Ms. Berton dedicated the award to her school, saying “the project was born because her students in LA and people in India wanted to make a human rights difference”. She said,

I share this award with the Feminist Majority Foundation, the entire team and cast. I share this with the teachers and students around the world – a period should end a sentence, not a girl’s education.

Apart from winning the Academy Awards, the film has received accolades and awards at Michael Moore’s Traverse City Film Festival and Cleveland International Film Festival among others.

The Oscar garnered many reactions from round the globe, with people congratulating the team for their efforts in bring problems related to menstruation in developing country like India to the center stage.

Congratulations to @guneetm and the entire team of #PeriodEndOfSentence for winning big at the #Oscars! Much needed topic of discussion and well deserved win ????????

One of the most special moments of the evening…a film based on the taboos around menstruation wins BEST DOCUMENTARY SHORT! Congratulations to the entire #Periodendofsentence team, and my fearless friend @guneetm!! #Oscars2019

Congrats MrMuruganandam,cast&crew of ‘Period,End of sentence’.Women’s issue which was considered awkward in our country for long is now taken to the level of Oscars’ recognition to reach the entire population of the world.Proud of you, the makers of the film.#Periodendofsentence

Amazing news coming in! #PeriodEndOfSentence, a film on menstruation shot in India, has won the OSCARS in the Documentary Short Subject category. Produced by Ms. @Guneetm, the film talks about how “a period should end a sentence, not a girl’s education”.

Congratulations to the entire crew for picking up a subject so close to my heart and for doing justice to it. I am sure that the conversation has begun and soon Period will end a sentence and not a Girl’s dream.
A well deserved accolade, @Guneetm.

A deeply empowering moment for every girl on this planet as Guneet Monga’s film 'Period- End of sentence’ based on fight against deep rooted stigma of menstruation bags an Oscar.

It is a victory of the new mindset that doesn't treat processes of biology as a taboo. pic.twitter.com/2Ty7jBFx2y

Against all odds Hapur’s pad women Sneha and her friends managed to break the stereotype about menstruation and inspired the world with their efforts. Heartiest congratulations to Guneet Monga and team for the Oscars. Its about health, awareness and Periods : end of sentence.

If you’ve seen Period. End of Sentence, you know this win so well-deserved. If you’ve yet to see it, you know what to do.

“A period should end a sentence , not a girls education” – best quote of the night ✨#OSCARS @NoShamePeriod #bestdocshort

So exciting that @NoShamePeriod won best documentary short! Amazing that a film about menstruation won. If you haven’t seen it yet, you need to!

Hapur: Family of Sneha, one of the women appearing in 'Period. End of Sentence.' which won #Oscars for Best Documentary Short Subject celebrate in Kathikhera village. It's based on a group of women, including her, which led a revolution here against taboo surrounding menstruation pic.twitter.com/88Aaujjksy

‘Period. End Of Sentence.’ was pitted against “Black Sheep”, “End Game”, “Lifeboat” and “A Night At The Garden” all competing for the Oscar in Documentary Short Subject Category.