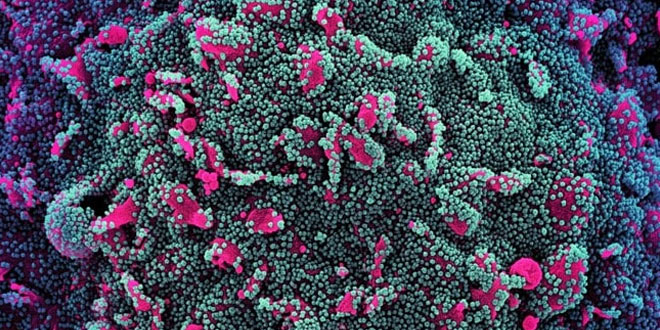 The number of children estimated to have experienced the death of a parent or caregiver as a result of COVID-19 has surged to more than 5.2 million, the researchers said

New Delhi: More than 1.9 million children in India lost a parent or caregiver due to the COVID-19 pandemic, according to a modelling study of 20 countries published in The Lancet Child & Adolescent Health journal. Globally, the number of children estimated to have experienced the death of a parent or caregiver as a result of COVID-19 has surged to more than 5.2 million, the researchers said. Estimates of the numbers of children affected by COVID-19-associated orphanhood and caregiver death nearly doubled in the six months from May 1, 2021 through October 31, 2021 compared with the numbers after the first 14 months of the pandemic, they said. Globally, the new study suggests, two out of three children orphaned from COVID-19 are adolescents aged 10 to 17 years.

Sadly, as high as our estimates of orphanhood and caregiver deaths are, they are likely to be underestimates, and we expect these numbers to grow as more global data on COVID-19 deaths becomes available, said Juliette Unwin, lead study author from Imperial College London, UK.

The number of children affected in the 20 countries studied ranged from 2,400 in Germany to more than 1.9 million in India, the researchers said. Calculations of estimated orphanhood cases per capita showed the highest rates were in Peru and South Africa, with 8 and 7 out of every 1,000 children affected, respectively, they said. The study found that in all countries, more than three times as many children experienced the death of a father than losing a mother. Adolescents accounted for a far greater proportion of those orphaned than younger children in all countries, according to the findings.

We estimate that for every person reported to have died as a result of the COVID-19 pandemic, one child is left orphaned or loses a caregiver, said study lead author Susan Hillis, who worked on the study at the US Centers for Disease Control and Prevention (CDC).

That is the equivalent of one child every six seconds facing a heightened risk of lifelong adversity unless given appropriate support in time, said Hillis, adding that support for orphaned children must be immediately integrated into every national COVID-19 response plan. However, the research authors noted some limitations in the study. Most notably, they said, the estimates are generated by mathematical modelling and cannot measure actual numbers of children affected by a parent or caregiver’s death. Future pandemic responses should include surveillance systems to monitor the numbers of children affected for every parental and caregiver death, the researchers said. This can be used to track needs for services and provide referral platforms that help point families towards appropriate support, they added.

India Is Witnessing The Tail Of Third COVID Wave, Will Gradually Move Towards Endemic: AIIMS Director