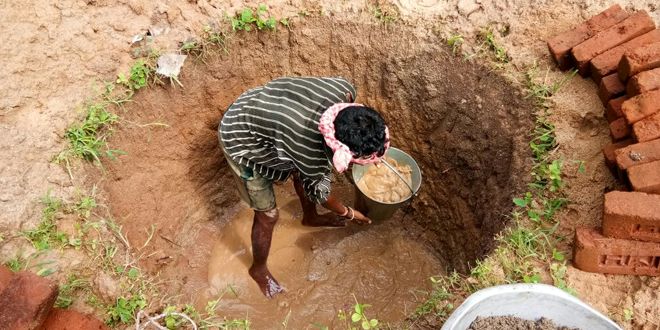 New Delhi: To solve the sanitation problems in Halamala gram panchayat of Bihar’s Kishanganj district, situated at the top most fringe of the state, the district administration started the campaign of “Khushaal Kishanganj” which was the district rendition of Swachh Bharat Mission (Gramin). Under this project headed by the District Magistrate Pankaj Dixit, the people were galvanised into construction of their own toilets. In Halamala, one of the district’s major flood prone areas still recovering from the devastation of 2017 floods, the people prioritised safe sanitation over their loss of property in floods when they realised the importance of a toilet at home. People constructed toilets on their own, which ultimately accelerated construction of individual household toilets and improved the sanitation of the entire area, thus making the entire gram panchayat open defecation free with a month’s time.

After achieving the status of being an open defecation free gram panchayat, Halamala has emerged as a beacon of the Swachh Bharat campaign for the entire district.

Halamala has given us some inspiring experiences like digging of 970 pits throughout the panchayat in a single day, proving that nothing is impossible if the officials and people are willing to make the area free from the menace of open defecation. Even the district magistrate along with various other officials participated in digging pits. More than anything else, the exercise proved that such work could be done without the involvement of contractors. All that required is to induce behavioural change among people and motivate them to view sanitation and cleanliness as their first priority, said Gopendra Yadav, Zila Swachh Bharat Prerak, Kishanganj.

During the exercise of making the gram panchayat open defecation free, the district officials came across some amazing individuals and families who understood the importance of cleanliness and went an extra mile to achieve total sanitation in their surroundings:

The couple arranged money for constructing the toilet by selling their goat. When they were asked the reason for such action their response was, “Health of our child is more important than anything else”. They didn’t want their child to get ill by living in an unhygienic environment.

While surveying the entire ward, the district officials came across Zaritun Nisha who lives all alone and works in the field to earn her living, about Rs. 250 a day. She saved money from her earnings, took a loan from Jeevika and constructed her toilet without the help of any contractor. Thereafter, she motivated the entire ward to adopt safe sanitation practices.

Jarekha Khatoon declined the financial help from neighbors and district officials as she wanted to construct the toilet with her own hard earned money. Though the entire Swachh mission team was willing to help her out of their own pockets but she declined and said, “I would like to welcome all of you guys at my home when I will finish constructing the toilet.” And then after a week, she welcomed us home with a proud smile and showed the newly constructed toilet.

She can be considered the iron lady of the panchayat, considering she sought work as a labourer at a jute making factory for the sole purpose of making enough money to build a toilet. Working as a labourer making jute is considered as a tough task for a lady as the cleaning requires a lot of strength. But she went an extra mile and took this job to earn money for constructing a toilet. Notably, she did all this to ensure that her granddaughter don’t have to defecate in the open like she has done for entire her life, and be subjected to being spotted upon by passers-by.

When Anjara, a differently abled girl heard about toilets and the need to use them, she took up the matter with her parents, stubbornly insisting that it was high time they should stop defecating in the open. Her father brought up the issue of finance, saying that they did not have enough money. But owing to the daughter’s persistence, they somehow managed to gather enough to build a toilet, which incidentally was the first in the entire ward.

There are many such inspirational stories of people who understood the importance of safe sanitation and many made extra efforts to construct a toilet and use it. The people of this panchayat remain a source of inspiration for the district team of Kishanganj, where a total of 19,699 toilets have been constructed so far to achieve the sanitation coverage of over 90 percent. In terms of the sanitation coverage of the gram panchayat, it stands at 98.95 percent with the construction of 1545 toilets.