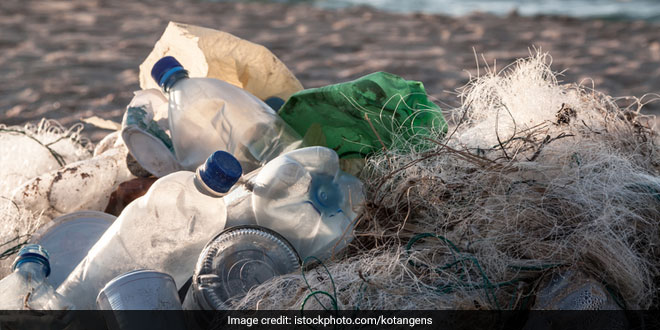 Panaji: The rising amount of plastic trash getting caught in their fishing nets along with the fish is giving hard times to the fishermen of Goa. The fisherfolk say many times plastic and fish land inequal measure in their nets and they have to spend extra time in segregating the trash from their prized catch. Anthony, a 63-year-old fisherman from Caranzalem, a fishing hamlet between Dona Paula and Panaji said the problem has worsened in the last 10 years.

There are times when 50 per cent of the catch is plastic from the sea. So, after we pull out the net, equal time is wasted on separating fish from the plastic trash, he said.

For generations, fishermen in Carenzalem have been using their long nets (over one-km long & six metres wide) for fishing in the shallow sea in Mandovi river bay.

Anthony said he has been actively fishing for the last 25 years in Caranzalem but has never seen this amount of plastic being netted.

Dr P V Unnikrishnan, regional head of Green Waves Environmental Solutions Goa, a company working in the field of environment protection, said that fishermen have been complaining that for the past 10 years they have been noticing a gradual rise in the trash being collected along with the fish.

It has been increasing by the year, especially during the monsoon season. This year, the plastic trash levels collected are higher than the last year” Mr Unnikrishnan, who has been collecting data from the fishermen on this issue, said.

Due to the large amount of trash getting stuck in their fishing nets, the fishermen are finding it hard to pull out these giant nets. They say that even after bringing the net to the shore it is a big task to separate the trash from the fish. There are around 90 fishing hamlets in Goa.

Also Read: World Environment Day 2018: The Crisis Of Microplastics In India Needs To Be Addressed Urgently

Mr Unnikrishnan said lack of planning on the part of the state government’s waste collection agency is making the problem worse.

Once segregated, the netted trash is just left on the beaches in the evening. But due to the high tide at night, major portion of this waste is washed back in to the sea again while the remaining plastic is collected next morning by the government agencies, he said.

He said the long-terms solution to this problem is stopping people from throwing trash into the rivers or ocean.

This will happen only through collective cooperation from everyone living near the rivers, those travelling in boats or people visiting the beaches. Large clean-up drives and mass awareness campaigns have to be carried out to change the habits of people, he said.

State Fisheries Minister Vinod Palyekar said the department has been providing all possible help to the traditional fishermen.

But when it comes to plastic in the sea and related problems, it is for us humans, to ensure that we don’t litter on the shores.

He said the state government was taking up several initiatives to avoid littering will go a long way in solving this problem.

Also Read: Are Recyclable Plastics A Viable Option For India?