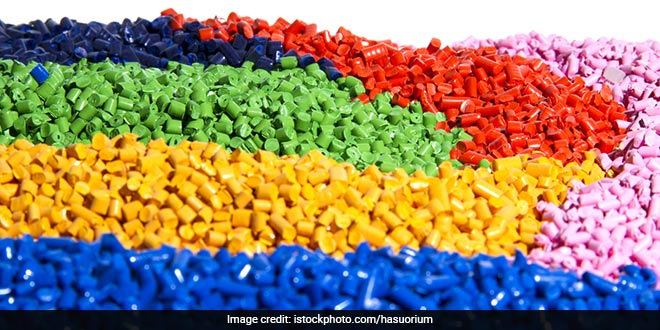 New Delhi: Using toothpaste early in the morning, drinking bottled water daily or using mild cosmetics are routine activities which are part of our daily lives. But what if these very activities are pushing people towards illnesses and contributing to the problem of global plastic pollution? Eyes may roll in disbelief, but it is a fact that the presence of microplastics in daily use goods should have Indian consumers worried. The last few years have seen the problem of plastic pollution being addressed in India across several states, and India has been chosen as a host for this year’s World Environment Day celebrations, for taking constructive action against plastic pollution. But the entry of microplastics in India changes the equation of plastic pollution crisis the country currently faces, as their nearly invisible to the naked eye nature, makes them impossible for the regular consumer to identify and avoid

Microplastics are tiny plastic pieces less than 5 millimetres in length, barely visible to the naked eye. The National Ocean Service, a wing of the United States Department of Commerce in 2015 study confirmed the presence of microplastics across some of the world’s major oceans, and defined the danger microplastics possess. Their tiny nature makes them very difficult to separate from ocean water, even after multiple refining processes. While plastics continue to pose immense threat to the earth and marine life in particular, the emergence of microplastics takes the danger a step further. A 2017 study by the United Nations Environment Programme (UNEP) concluded that 1.5 million tonnes of microplastics enters ocean water every year. Apart from cosmetics, microplastics are largely used in paints, coatings, inks and tyres, all items of regular use across the world.

Plastic in India is still readily available across most states, used and disposed OF casually. The country is still in nascent stages in its fight against plastic pollution, and the entry of microplastics only makes it more complicated, said Priti Mahesh, Chief Programme Coordinator, Toxic Links, a Delhi based NGO engaged in recycling plastic waste.

A study conducted by Toxic Links in March 2018 confirmed that microplastics were indeed present in 50 per cent of face wash products commonly found in the Indian market. More than 30 per cent toothpaste products were found to contain microplastics, an alarming amount. Ranging from 5 to 7 millimetres in length, it is not difficult for these microplastics to slip through during production. But Toxic Links, and a few other organisations claim that microplastics are often used by manufacturers to help them increase the volume and weight of a product.

“The tiny nature of microplastics makes it easier for manufacturers to add them in products, thereby increasing their volume, weight, viscosity and adhesive quality. Therefore, it is not surprising that microplastics find their way into these products. And since there is not exclusive law barring the use of microplastics in products, manufacturing companies have no qualms including them,” said Mahesh Krishnamurthy, Member, Centre for Science and Environment.

Plastic is a known health hazard and has been known to adversely affect not just humans, but animals as well. Microplastics are no exception, and their usage in products like toothpaste, face wash and soaps puts the health of millions at risk.

“The tiny nature of microplastics can lead to them being stuck between teeth, in skin pore or hair roots, resulting in infection. Skin ageing and dark spots are common results of microplastics coming in contact with the skin regularly. Microplastics have also been known to enter the eye and result in cornea infection. The products in which microplastics are found in heavy quantities are used regularly by consumers in India, exposing them to the risk of diseases,” says Ms Mahesh.

Health hazards posed by microplastics are further aggravated by the fact that items such as toothpaste, face wash or soap are used regularly and unavoidable. The lack of a proper legislation with regard to microplastics can create a controversy in the health sector in future as the usage rises.

No study has been conducted on the level of usage of microplastics in daily consumer products, which is why there is no stringent legislation yet barring their usage in such products. If microplastics are continued to be used the way they are currently used in the manufacturing sector, health risks are bound to increase, said Rajiv Trivedi, Committee Chairman, Indian Plastics Institute, an independent think tank studying plastics in India.

Legislation is the Need Of The Hour

India today produces more than 25,000 tonnes of plastic waste daily, of which 10,000 tonnes goes to landfills, or is casually discarded. Many states have banned or regulated the use of plastic now, but such steps may have come too late, as India struggles to manage its huge plastic waste. Experts are afraid that a similar mistake is being made with microplastics. The National Green Tribunal in January 2017 had asked the Union Government to test leading cosmetics brands for microplastics. Till date, only one study on microplastics has been conducted by the Bureau of Indian Standards but that was on microplastics itself, not on consumer products.

Experts say that the need of the hour is a proper recognition of what microplastics and the range of the harm they cause. India’s efforts to curb plastic pollution have impressed the United Nations enough to choose India as the host country for World Environment Day 2018. From banning of plastic in Maharashtra to Afroz Shah’s Versova beach cleanup, plastic pollution is being fought at various levels, by state governments, NGOs and individuals across India. However, all that stands at the risk of being negated if microplastics and their presence in consumer goods are not addressed. Treating microplastics as a problem at a scale similar to normal plastic pollution will ensure that the issue is resolved before it takes a turn for the worse.