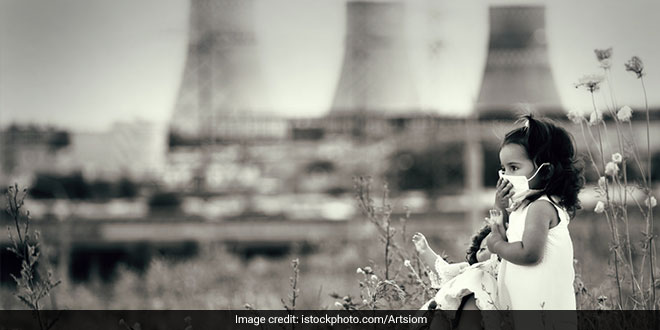 Geneva: Air pollution, both outside and inside home, is a silent and invisible prolific killer responsible for the premature death of 7 million people each year, including 600,000 children, according to a UN expert on environment and human rights. According to David R. Boyd, UN Special Rapporteur, more than 6 billion people, one-third of them children, are regularly inhaling air so polluted that it puts their life, health and well-being at risk. Mr. Boyd, during the Human Rights Council in Geneva, said,

Every hour, 800 people are dying, many after years of suffering, from cancer, respiratory illnesses or heart disease directly caused by breathing polluted air. Yet, this pandemic receives inadequate attention as these deaths are not as dramatic as those caused by other disasters or epidemics.

Mr. Boyd emphasised that air pollution is a preventable problem and gave a call to abide by their legal obligations to ensure clean air, which is essential for fulfilling the rights to life, health, water and sanitation, adequate housing, and a healthy environment. Mr. Boyd said,

There are many examples of good practices, such as programmes in India and Indonesia, that have helped millions of poor families switch to cleaner cooking technologies that are successfully eliminating the use of coal-fired power plants.

In India, a Government-funded programme provides women with funds to buy natural gas stoves, the goal being to equip 95 per cent of all target households by 2022.

According to the Special Rapporteur, the number of households using solid fuels for cooking and heating is also decreasing in Latin America, parts of Asia, Europe and the Eastern Mediterranean.

In the US and China, strong laws and policies promoting cleaner air have improved air quality too.

In California, children’s lung function has improved, the Special Rapporteur said, while in Shenzhen, the level of particulate matter in the air has decreased by 33 per cent in the past five years.

Among the Special Rapporteur’s key recommendations are a ban on new fossil energy power plants and the replacement of existing ones by 2030, along with support for the growth of distributed renewable energy generation systems.

Diesel Vehicles Are Responsible For 66 Per Cent Of Air Pollution-Related Deaths In India, Says A New Study