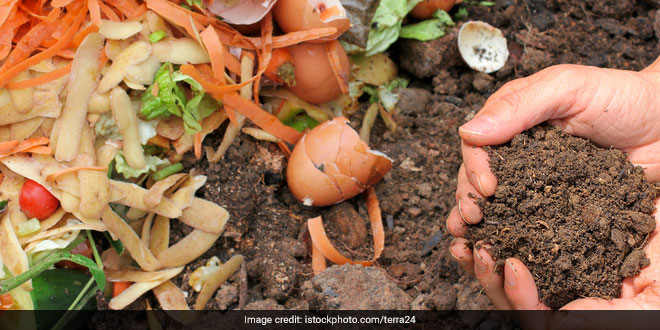 New Delhi: A popular saying in Hindi, when roughly translated, means that if one is unable to take the ghee out with a straight finger, it is advisable to bend the finger a little. Pune’s Pimpri Chinchwad Municipal Corporation (PCMC) seems to have taken the advice head-on, as the civic body has decided not to collect wet waste from residential societies from September 20. The move comes after PCMC had served several notices to residential societies, asking them to segregate waste and make provisions to turn wet waste into compost. The PCMC had earlier decided to stop collection of wet waste from bulk generators from April, but gave an extension of six months for bulk generators to adhere to.

Pimpri Chinchwad generates approximately 500 tonnes of waste daily and has a healthy recycling rate of above 90 per cent. But PCMC estimates that with shrinking spaces to treat the garbage properly, it will only become more difficult for the civic body to scientifically treat the garbage. If resident welfare associations (RWAs) treat their wet waste and turn it into compost, the daily garbage generation can come down by 15 to 20 per cent, PCMC reports estimate. PCMC had begun advocating for RWAs to process wet waste since August last year and almost finalised a deadline of April this year, before extending it to September.

We served notices to over 1,100 housing societies under our civic jurisdiction, notifying them that we will not collect wet waste September 20 onwards. RWAs will be required to segregate wet waste inside their premises and use the compost for purposes like gardening. This will lessen a lot of pressure on us and help in avoiding excessive waste generation, said Sharvan Hardikar, Municipal Commissioner, Pimpri Chinchwad Municipal Corporation.

Large residential societies which generate more than 100 kgs of waste daily fall under the category of bulk generators and no wet waste will be collected from such societies September 20 onwards. The PCMC had organised for a three-day solid waste management workshop where societies across Pimpri were invited and given demonstrations on how to segregate and compost waste. Over 100 societies had participated in the workshop. In March 2018, PCMC undertook a survey of how many residential societies were ready to compost wet waste. With less than 50 respondents ready to compost wet waste, PCMC decided to give RWAs some more time to set-up composting infrastructure and begin composting.

“When we surveyed societies in March this year, only a handful were ready to compost wet waste. Notices were sent out to all societies, informing them that six more months have been provided for them to set-up composting infrastructure. With a month to go for the deadline to arrive, we hope that all residential societies are properly equipped to turn wet waste into compost, as we will not extend the deadline anymore,” said Mr Hardikar.

Pimpri Chinchwad secured a good rank of 43 out of 4,000 plus cities in this year’s Swachh Survekshan and the civic body was praised by mayor Rahul Gulab Jadhav for improving waste management in the city by encouraging markets and shops to segregate waste. Once residential societies join the composting bandwagon from September onwards, Pimpri Chinchwad can hope for a better performance in next year’s cleanliness survey.

Also Read: Towards A Zero-Waste Society: Thane Residents Get Three More Months To Start Treating Their Own Waste

Indians Lose Over 1.5 Years Of Their Lives To Air Pollution, Says Study

Make A Green Choice This Raksha Bandhan, Opt For Rakhis That Turn Into Plants