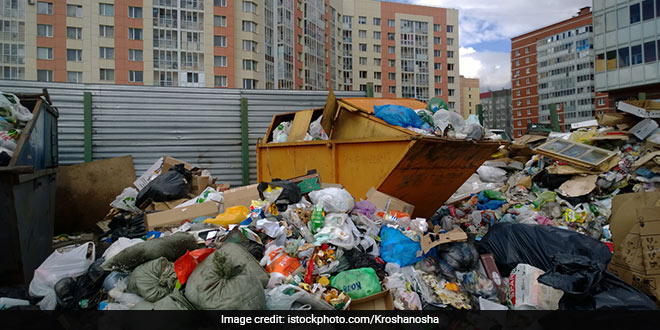 Mumbai: In a bold step taken to make Thane a zero-garbage generating city, the Thane Municipal Corporation (TMC) in March this year had issued notices to bulk waste generating societies and commercial establishments to practice source segregation and treat their waste at source from July 15 onwards. However, insufficient infrastructure coupled with lack of awareness led to citizens continuing to practising old methods of garbage disposal. Taking into consideration the woes of residents like lack of space and ignorance, the TMC has now given them additional three months to start source treatment (preventing waste from going to the landfill by treating garbage at the place it is generated).

The decision was taken after residents complained that they weren’t ready to follow the rule and if the civic workers would not collect their waste then their health would be compromised during monsoons with unattended waste lying in their respective building premises for days together. The TMC in its March notice had said that if any commercial establishment generating more than 100 kilos of waste and a building having an area of more than 5,000 square feet of area, fail to treat garbage from July 15 then the municipal waste collection trucks will not pick up their garbage and impose heavy fines on them.

Cabinet Minister for Public Works Eknath Shinde suggested that the TMC should relax this rule till the monsoon season is over and give citizens time till October. It was then the TMC commissioner Sanjeev Jaiswal agreed to extend the deadline to October 31 and issued a fresh notification.

It is monsoon time and Mr Shinde said that if we do not pick up garbage from defaulter societies that it could lead to health problems as the accumulated garbage would attract insects and rodents. Hence, we have extended the deadline, Manish Joshi, Deputy Commissioner, TMC tells NDTV.

While many societies started practising the on-site treatment out of fear after the March notification, many societies were worried about the method and the space available to treat garbage. For instance, Crystal Garden estate co-operative housing society in Thane west was one of the first societies to produce zero wet waste. Within nine working days, the society purchased an organic waste management machine and started to compost wet waste. 200 flats which once upon a time used to contribute 100 kilos of waste to the landfill, now generate zero wet waste. Similarly, other housing societies and commercial establishment followed the practice. But a few societies gave lack of space as a reason for not managing their own waste.

Though Solid Waste Management Rule (2016) makes it mandatory for bulk generators to treat their own waste, the TMC has now made and an exception. Societies which have space crunch are being spared from the practising the rule. Their wastes continues to be treated by the corporation.

For societies that were unable to treat waste at source, the TMC even formed 33 waste management committees comprising local officials, representatives from housing societies and nodal sanitary inspectors,

We understand that everyone may not be able to quickly adopt the waste rules. These committees have been visiting buildings and commercial establishments since last December to assess the waste generation patterns. Based on the analysis, the team gives suggestions and guidelines to make the process easy, says Mr Joshi.

As an incentive, the TMC is also giving tax concessions to societies that treat garbage in their premises,

We have given a 5 per cent rebate on property tax to societies that treat their own waste. In addition, we are providing subsidies on purchase of waste management and composting units, adds Mr Joshi.

Thane, also known as the satellite town of Mumbai, generates around 700 tonnes of garbage daily of which 425 tonnes is wet waste. Of the total wet waste 80 tonnes is scientifically treated by the TMC. As for the dry waste, it is sent to the recycling units. After waste segregation was made mandatory from October 2, 2017 onwards by Central government, 40 per cent of Thane residents now practise waste segregation from the previous 8 per cent in 2014.

To Curb Open Defecation, Pune Village Communities Open Their Household Toilets For Wari Pilgrims To Use