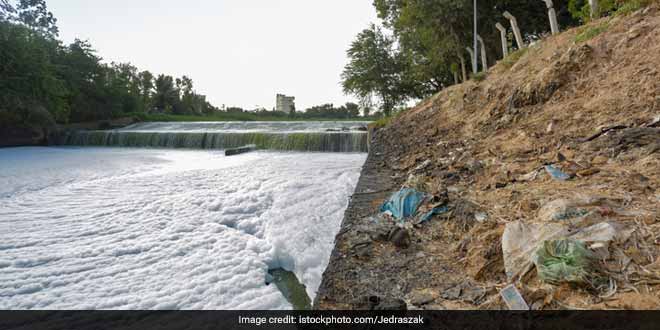 Chandigarh: Punjab Environment Minister O P Soni asserted untreated sewage of the cities will not be let into rivers and strict action will be taken against municipal corporations responsible for allowing polluted water into rivers.

Mr Soni presided over a meeting of the high-powered committee constituted by Chief Minister Amarinder Singh to suggest measures for cleaning rivers in the state.

He said major sources of the pollution in the rivers were municipal sewage and industrial effluent.

The committee which has been entrusted with the task to suggest ways to ensure supply of clean potable water discussed the issue of sewerage and other toxic water to save rivers and other natural resources, according to an official release.

Mr Soni informed that 19 towns are located in the catchment area of the river Sutlej.

He said result of 16 sampling points set up by the Punjab Pollution Control Board between upstream of Nangal to downstream of Hussainiwala shows that the water quality of river Sutlej deteriorated due to discharge of untreated/partial treated sewage and industrial effluent mainly of Ludhiana and Jalandhar cities.

He said the quality of water at upstream of Nangal can be used for outdoor bathing and at downstream of Kiratpur Sahib, the water quality gets impaired up to upstream of Budha Nullah.

He said water quality of downstream of confluence of Budha Nullah with river Sutlej deteriorated due to discharge of untreated/partially treated sewage and industrial effluents of Ludhiana. The water of this quality can be used for irrigation, industrial cooling etc.

The minister said that the water of Ravi river is safe for fish and other aquatic animals. He said that one sewage treatment plant has been started in Amritsar and another would be ready in one and a half months.