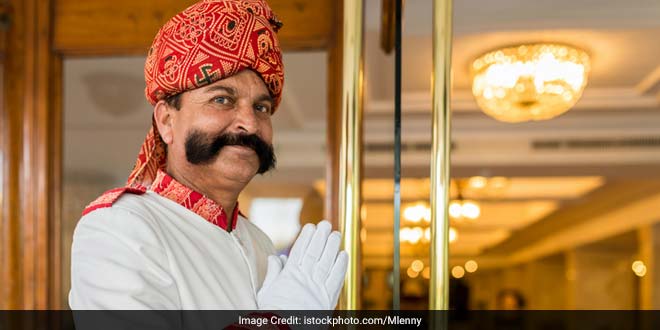 New Delhi: Starting today, women and children won’t have to hunt for public conveniences in busy markets in South Delhi as they can access toilet facilities at hotels and restaurants in the area for free. The move by the South Delhi Municipal Corporation (SDMC) has been taken as part of its efforts to boost the Swachh Bharat campaign in its area. In late March, the SDMC had already brought in the policy as a few hoteliers and restaurant-owners had agreed in principle.

But, because of MCD elections, the code of conduct had come into place, so we never officially announced the policy. Hotel and restaurants which allowed people to use their facilities did it out of goodwill. From today, the new policy will officially come into force, a senior SDMC official yesterday said.

The corporation said, however, the policy shall be reviewed in due course on the basis of feedback given by these business establishments, like the practical difficulties faced by them.

The area also has a number of restaurants and hotels, especially in Defence Colony, Lajpat Nagar and Malviya Nagar areas. So, the move will bring a relief to women shoppers who earlier had to face difficulties in accessing clean public conveniences.

The SDMC had earlier said the facility was to be made available from April 1 on a nominal payment basis.

The municipal body has taken the initiative on the advice of Lt Governor Anil Baijal who had asked the SDMC to explore this idea.

According to the previous proposal even men were to be included and the users of such toilets were to shell out up to Rs 5 as per discretion of restaurants and hotels.

The move will now make available to use an additional over 3,500 toilets accessible to public, the SDMC said.

The decision has been taken in view of the issue of safety of women.

Civic officials, during a meeting in March had told restaurant/hotel-owners that the implementation of the decision was not going to “infringe on their business interests”.

The SDMC also said the civic body is planning to increase the number of public sanitation facilities, especially in markets.

The owners have agreed for allow free usage of washrooms at hotels and restaurants for women and children. The owners, however, will have a limited discretion on security concerns, the official said.

The corporation said this will go a long way in improving the ranking of the SDMC in the Swachh Bharat Mission survey.

During the review, we will also explore the possibilities for further increasing the scope of this initiative, he said.

The official said the SDMC is also mulling making mandatory this facility for issue of health trade licences.