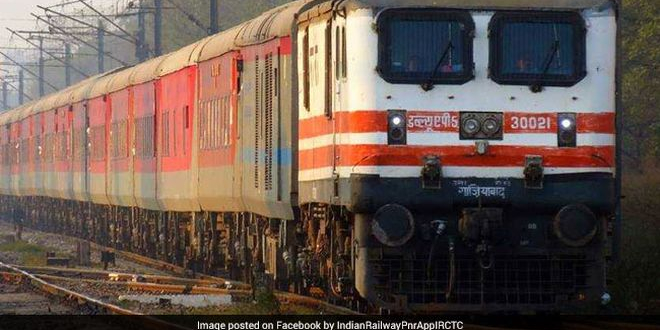 New Delhi: After ranking 407 major stations on cleanliness, Indian Railways has undertaken an elaborate, independent audit-cum-survey exercise of 200 important trains, including the Shatabdi, Rajdhani and Duronto. The cleanliness of toilets, quality of linen, performance of the on-board housekeeping service and the types of chemicals used for cleaning are some of the items on the checklist of the audit teams. Though stations have been audited twice in the past, this is for the first time that trains are being examined by audit teams for cleanliness.

Apart from 72 pairs of premier trains, services of 128 trains, including the Jan Shatabdi, Sampark Kranti, Intercity and other distant mail/express trains, will be covered by 50 audit teams formed to do the job in the next couple of months.

The audit teams have spread out in all zones to collect feedback from at least 100 passengers of each premier train and 60 passengers for each mail/express service.

It is a third-party, independent survey and the audit team has to cover one round trip for each train, collecting passenger feedback, a senior Railway Ministry official told IANS.

Apart from the passenger feedback, audit team will also look into cleanliness conditions of the entire train, including toilets.

Since the focus is on cleanliness, the survey will cover cleanliness schedule, training of individuals doing the cleaning, the method of cleaning and handling of chemicals, use of approved chemicals in the cleaning activity, equipment and clothes used for cleaning.

The audit team will also observe the performance of on-board housekeeping service, or the OBHS. All premier trains, including the Rajdhani, Shatabdi and Duronto, provide by OBHS.

Besides complaints against toilets, passengers are also often miffed by the dirty linen they are provided on trains. Hence, “the quality of linen, its cleanliness and distribution are also to be covered by the audit team”, the official said.