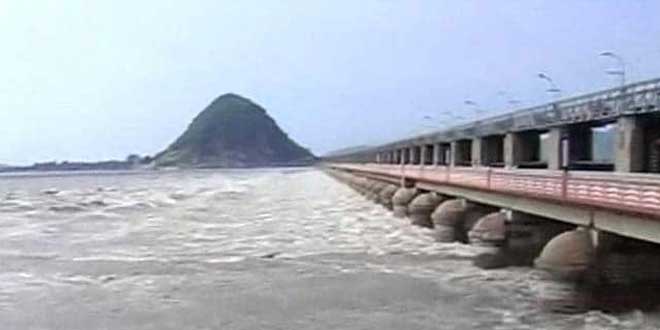 Mumbai: The Bombay High Court on Tuesday directed the Maharashtra government to take urgent steps to check pollution in the Godavari river allegedly caused by the Kumbh Mela held in Nashik in 2015 and other religious events. A bench of justices AS Oka and AK Menon also directed the government to take appropriate measures to curb pollution in other rivers and water bodies across the state. The bench directed the state to let a monitoring committee also, formed by the court, to continue as a permanent body and to provide adequate funds for its functioning.

The committee is also supposed to implement the recommendations of the National Environmental Engineering Institute (NERI) in controlling river pollution. The high court was hearing a Public Interest Litigation (PIL) filed by social activists alleging that pollution in the Godavari river was caused mainly during the ‘shahi snan’ (royal bath) in the Nashik Kumbh Mela held in 2015 and seeking a direction to clean the river.

The Godavari river originates from Trimbakeshwar in Nashik district in north Maharashtra. ‘Kumbh Mela’ is the biggest Hindu religious congregation which is held once in 12 years. According to beliefs, taking a dip in the sacred river is considered auspicious during the Kumbh period.

‘Shahi Snan’ is one of the main highlights of the Mela where heads of various ‘akharas’ (Hindu ascetic denominations) bathe in the river. Traditionally, four fairs are widely recognised as the Kumbh Melas: the Prayag Kumbh Mela, Haridwar Kumbh Mela, the Nashik-Trimbakeshwar Simhastha, and Ujjain Simhastha.

Also Read: From Discharge Of Industrial Effluents To Disposal Of Household Waste, Godavari Faces Continuous Dangers Across The Major Three States It Flows Through

The bench on Tuesday also directed that there be a grievance redressal mechanism to enable citizens to make complaints related to pollution of water bodies. In 2014, the HC had directed that a panel comprising the Nashik Divisional Commissioner, the Nashik Municipal Corporation, and representatives of the Maharashtra Pollution Control Board (MPCB) be constituted to study the effects of water pollution and suggest ways of controlling river pollution.