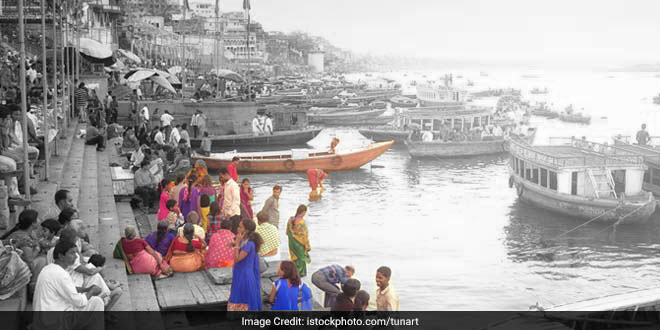 New Delhi: The government has released Rs 3,633 crore between 2014-15 and 2016-17 for cleaning the Ganga and beautifying ghats along it, the Lok Sabha was informed.

Minister of State for Water Resources Satyapal Singh also said in a written reply that construction and beautification of 228 of the total 361 ghats sanctioned have been completed till now under the Centre’s Namami Gange programme.

Of these, 189 ghats are located along the river’s stretch in West Bengal. In Uttar Pradesh, Bihar, Uttarakhand and Jharkhand works on 20, 16, two and one ghats have been completed till date respectively, he added.

The minister said 154 priority drains and 1,109 grossly polluting industries (GPIs) have been identified along the river, most of which are located in Uttar Pradesh.

Of the five basin states, the longest stretch of the Ganga is in Uttar Pradesh.

Highlighting the steps taken by the government to abate pollution in the river, the minister said, “Surprise inspection of GPIs is carried out for compliance verification of the stipulated environmental norms.”

Out of the 1,109 GPIs inspected, 538 were found to be non-complying and 358 of those were issued closure directions and 180 have been given show cause notices.

Implementation of water conservation measures in industrial sectors and establishment/upgradation of sewage treatment plants/common effluent treatment plants in the towns located along Ganga’s main stem and tributaries are among the steps taken by the government to curb pollution in the river, he added.