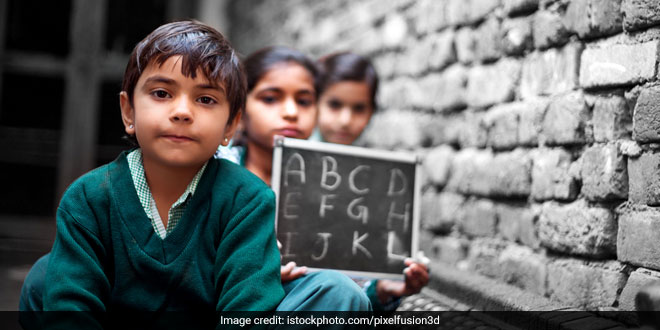 Guwahati: School begins early for Pompy Biswas, Nitraban Hazarika and Krittika Das as they don the hats of ‘swachh sevaks’ to check whether the water tank has been filled, hand washing area cleaned and soaps put in place. The three students of Azara Keotpara Lower Primary School, along with their fellow mates, have set an example in Kamrup (Metro) district, near here, by taking upon themselves the responsibility of maintaining hygiene and keeping the environment clean, not just around classrooms but homes too.

At Sajjanpara Lower Primary School, nearby, children keep a check on their parents and relatives too. They take time out to impart lessons on cleanliness to their neighbours and other members of the community.

The Assam chapter of Sarva Shiksha Abhiyan, along with UNICEF, has piloted the cleanliness drive to ensure less absenteeism in schools, said Rajib Dutta, the project’s engineer for Kamrup (Metro) district.

It is the school children who have become role models for the community at large by moving beyond the confines of the campus to take their cleanliness initiatives to their family and the extended community, he said.

A UNICEF report had pointed out that there was consistent evidence that hand washing with soap at critical times – before eating, while preparing food and after using the toilet – can reduce diarrhoea risk by about 45 per cent, Mr. Dutta added.

Likumoni Das, a Class III student of Azatpara School, said they were keen on passing the knowledge they have acquired to their parents and relatives.

After learning the basic rules of hand washing, we found out that our parents did not follow the methods. We have now taught them how to maintain hygiene, she said.

The headmaster of her school, Kamal Chandra Goswami, said he has built separate toilets and hand-washing facilities for boys and girls.

I am happy to see that students have become torch-bearers of the cleanliness drive here, he stated.

Also Read: Guwahati To Tackle Plastic Waste By Making Roads From It

The parents, too, have joined the initiative by donating soap cakes to the school.

We are learning something new every day from our children. These hygiene practices have become a part of our daily routine, Amila Das, a mother and member of School Management Committee, said.

Echoing similar sentiments, Subhan Chandra Bodo, the headmaster of Sajjanpara LP School, said it was the children who convinced their parents to install water filters at home.

As part of the government and the UNICEF initiative, children have not just learnt about keeping themselves clean, they have also inspired parents and relative to build toilets and install water filters at home, he added.

Sweta Patnaik, the water, sanitation and hygiene (WASH) specialist of UNICEF, said philanthropists, corporate houses, civic and faith organizations in Assam have been requested to join the drive to extend its reach to every nook and corner of the state.

We have taken initiatives to mainstream ‘WASH in School’ programme through trainings of teachers and headmasters and orientation of School Management Committees members, she said, adding that a “lot more” had to be done to ensure that maximum number of people benefit from the drive.