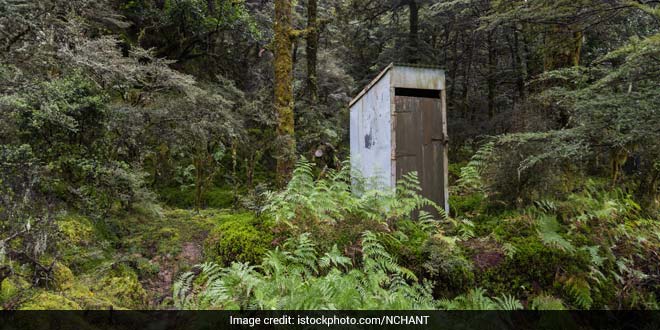 New Delhi: With 98 per cent of targets already achieved, the rural areas of Assam are all set to become Open Defecation Free (ODF) by December 31 this year, said the secretary to the union ministry of Drinking Water and Sanitation, Parameswaram Iyer. Swachh Bharat Mission (SBM) has entered its fifth and final year and rural areas of Assam becoming ODF will bring SBM one step closer to achieving its target of making India an open defecation free country by 2019.

Also Read: Northeast India’s Success In Improving Rural Sanitation Yet To Be Replicated In Its Urban Areas

Mr. Iyer said, “Assam has already achieved 98 per cent ODF in the rural areas, while Tripura has met 89 per cent of the target. Both the states are likely to be ODF by the end of this year. The major challenge faced by Assam is the short working season of four to five months due to heavy rain in most parts of the state. Several villages are located in remote areas of the districts like Dhemaji, Dima Hasao, Karbi Anglong and the riverine areas where work has been delayed due to connectivity issues”.

Hailakandi District in Southern Assam was declared ODF last month when 331 villages of 62 panchayats became ODF. Assam and Tripura are the only two northeastern states where rural areas are yet to become ODF, while the remaining six states in the region – Sikkim, Nagaland, Mizoram, Arunachal Pradesh, Meghalaya, and Manipur, have already achieved it much ahead of the October 2, 2019 deadline. Seven out of eight northeastern states have rural sanitation coverage above 90%, while Tripura remains the only underperformer with 89 per cent sanitation coverage, according to SBM data.

Mr. Iyer also said that the government wants to get every toilet geo-tagged and 86 per cent of the toilets are already geo-tagged, in addtion double verification and rapid response to reports of poor quality of toilets will also be included under the Swachh Bharat Mission (Grameen).

The focus on the other six ODF states will be now on ensuring sustainability, said Mr. Iyer adding that all ODF villages would be ensured water supply on a priority basis. Solid and liquid waste management would also be given importance. These States are currently participating in the ten-day long campaign to sustain open defecation free and cleanliness to compete in a contest being run by the Ministry of Drinking Water and Sanitation to mark the World Toilet Day, 2018 which is on November 19.

Also Read: Seeing Her Village Suffer From Diarrhoea On Regular Basis, This Warrior From Assam Started Her Swachh Crusade
(With inputs from Press Trust Of India)

‘A Dentist Cannot Cure A Heart Ailment,’ Says Waterman Of India On Handling Of Ganga’s Problems