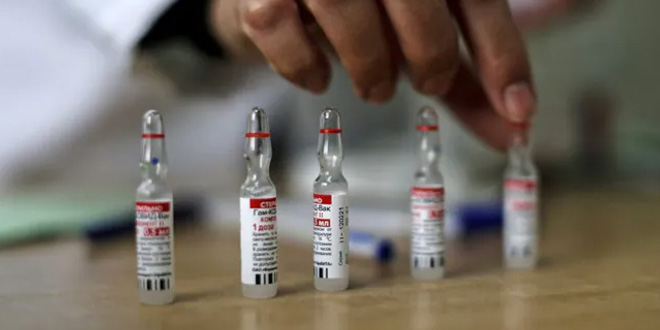 Sputnik Light has been found to demonstrate 70 per cent efficacy against infection with the Delta variant during the first three months after vaccination, as per an analysis done by Gamaleya Center for Epidemiology and Microbiology

New Delhi: The Drugs Controller General of India (DCGI) has granted emergency-use permission to the single-dose Sputnik Light COVID-19 vaccine created by the Gamaleya Center for Epidemiology and Microbiology, a medical research institute within Russia’s Ministry of Health. This comes following recommendations of an expert panel of India’s central drug authority to grant restricted emergency use authorisation to Sputnik Light subject to various regulatory provisions. This is the ninth Covid vaccine to receive regulatory approvals in the country. In India, the vaccine is being imported and also manufactured by Hyderabad-based Dr Reddy’s Laboratories, the Indian partner of the Russian Direct Investment Fund (RDIF), Russia’s sovereign wealth fund that promotes the vaccine globally.

Also Read: COVID-19 Vaccine: Here Is All We Know About Corbevax

Union Health Minister Mansukh Mandaviya took to Twitter on Sunday (February 6) to inform about the approval and said that this decision will further strengthen the country’s fight against the pandemic.

DCGI has granted emergency use permission to single-dose Sputnik Light COVID-19 vaccine in India. This is the 9th #COVID19 vaccine in the country. This will further strengthen the nation’s collective fight against the pandemic, said Mr Mandaviya in a tweet.

This is the 9th #COVID19 vaccine in the country.

This will further strengthen the nation's collective fight against the pandemic.

A statement from Sputnik Light is the first component of the two doses of the Sputnik V vaccine which is already a part of the vaccination drive in the country. It is based on the recombinant human adenovirus serotype number 26 (rAd26). These vectors cause the common cold.

According to Kirill Dmitriev, CEO, RDIF, it can be stored at a temperature between 2 to 8 degree Celsius for a very long time. He added that Sputnik Light has been approved in over 30 countries around the world. The interim data of efficacy trial from Russia has shown 65.4 per cent efficacy, 21 days after immunization. However, has been found to demonstrate 70 per cent efficacy against infection with the Delta variant during the first three months after vaccination, as per an analysis done by Gamaleya Center for Epidemiology and Microbiology. It has also found that the vaccine is more than 75 per cent effective among subjects under the age of 60.

RDIF said in a statement that clinical studies and the real-world data in many countries have demonstrated Sputnik Light is a safe and effective vaccine when used both on a standalone basis and as a booster. Recently, a proposal has been submitted to the Government of India for conducting trials of Sputnik Light as a booster to other vaccines in the country.

According to Mr Dmitriev, Sputnik Light is the solution to increase the efficacy and duration of other vaccines, including against the Omicron variant. He said,

The approval of 1-shot Sputnik Light vaccine in #India is a very important milestone in the world’s fight against the pandemic. Now more than 30 countries with a population of more than 2.5 billion people registered #SputnikLight vaccine.

WATCH | RDIF CEO Kirill Dmitriev: "The approval of 1-shot Sputnik Light vaccine in #India is a very important milestone in the world's fight against the pandemic. Now more than 30 countries with population of more than 2.5 billion people registered #SputnikLight vaccine" pic.twitter.com/2Eu33A5C7V

In April 2021, the DCGI granted approval to the two-dose Sputnik V vaccine for restricted use in emergency situation in India. It started arriving in India during the massive second wave of the pandemic itself and has remained available in only private hospitals so far, has been the least administered Covid vaccine in the country. To facilitate the necessary production capacities for Sputnik Light, RDIF has reached agreements with the pharmaceutical companies in India, including Serum Institute of India, as well as Gland Pharma, Hetero Biopharma, Panacea Biotec, Stelis Biopharma, Virchow Biotech and Morepen.