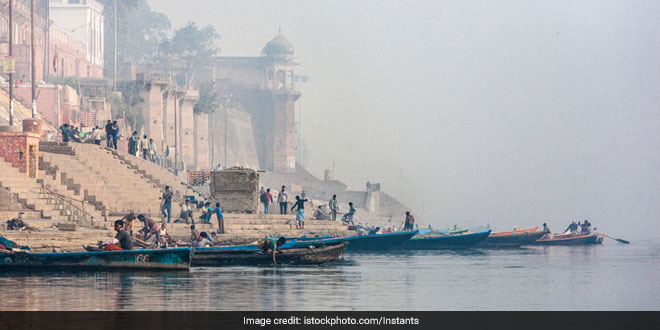 New Delhi: South Asia Network on Dams, Rivers and People (SANDRP), a network of organisations and individuals working on issues related with water sectors said there is ‘nothing new’ about the new strategies Environment Ministry plans to adopt for conservation and rejuvenation of major river water systems. On January 24, Union Minister Harsh Vardhan chaired a meeting of the officials of Environment Ministry and other agencies. The ministry announced the new measures which will focus on the entire river basin unlike the current strategy that was limited to tackling pollution load from domestic wastewater and regulation of industrial pollution.

Latest strategy for rejuvenation of rivers includes both water management and environment management and aims at restoring the lost ecology of the polluted stretch of the rivers.

The environment ministry plans to implement the new strategy on the nine selected river stretches, which are the most significant polluters. For the river basin management and rejuvenation plan, the ministry will rope in independent institutions like IITs.

Also Read: Rivers Of India To Get A New Life: Environment Ministry Strategises To Restore Lost Ecology Of Water Bodies

It (the decision) has been termed as new, but one does not find anything much new here. While talking about rejuvenation of river and ensuring flow, the word environment flow does not figure here.

It talks about catchment approach, but mentions only five states, when Ganga catchment includes 11, besides Nepal, China and Bangaldesh. Talking of sewage treatment, the word governance does not figure here, Mr Thakkar said on the implementation plan for Ganga river basin.

Mr Thakkar further added that if river rejuvenation is to be done through catchment approach, use of groundwater and use of water in agriculture, cities, industries and villages need to be regulated.

Mr Thakkar said that the government should also assess the effect of its various projects and policies on rivers and take a lesson or two from past failures.

For example, the dredging, river front development, river linking and waterways is likely to have adverse impacts on the Ganga. Today we are not even properly assessing them. As far as sewage treatment is concerned, we need to go for decentralised and natural process based sewage treatment rather than just big centralised Sewage Treatment Plants (STPs) as done now, he said.

Under the new strategy, the environment ministry has decided to set up sewage management system with private participation. The ministry has also planned to include watershed management, construction of small check-dams along the catchment area, scientific assessment of quantum of environmental flow in each stretch, rejuvenation of lakes and wetlands along the river basin and protection of floodplains from encroachment.

Mr Thakkar said that to go ahead with such programmes, the ministry should bring in more stakeholders and individuals who have ideas and adopt their views unlike the recent meeting which only had bureaucrats, and the Director of Forest Research Institute.