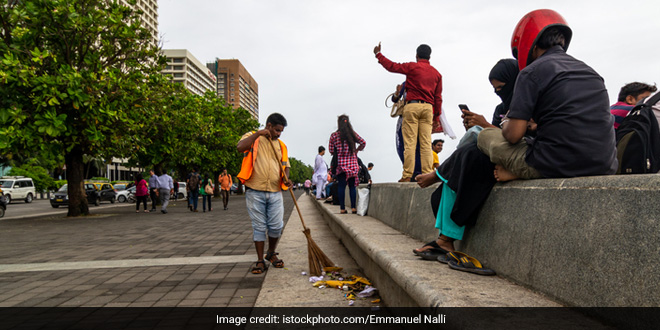 New Delhi: Finance Minister Nirmala Sitharaman while announcing the last year’s Union Budget give a glimpse of the five-year vision of the ‘Swachh Bharat Abhiyan 2.0.’ by asserting that the government wants to ensure a pollution free India with ‘green Mother Earth and Blue Skies’. She further talked about the government’s plan to expand the ongoing Swachh Bharat Abhiyan’s focus from the construction of toilets to sustainable solid waste management by constructing waste to energy plants in every village in the FY 2019-20.

Ms. Sitharaman, discussing about the government’s plan to undertake waste management, in her maiden budget speech had announced,

More than 5.6 lakh villages have become ODF, we have to build on this success. We must not only sustain the behavioural change seen in people but also harness the latest technologies available to transform waste into energy.

However, the announcement was accompanied with a noticeable decline in the budget for the Abhiyan. The Swachh Bharat Abhiyan in the financial year 2019-20 received a total allocation of Rs. 12,644 crore, which was a decline of 31 per cent (Rs. 4,334 crore) from the Rs.19,427 crore that was allocated for the scheme in the FY 2018-19.

When it comes to the status of Solid Waste Management in India, Ms. Swati Singh Sambyal, Head – Environmental Governance on Waste Management at Centre For Science And Environment has expressed her doubts about the practice being implemented on ground in urban India. She also told NDTV about her expectation from the upcoming budget for the financial year 2020-21 set to be announced on February 1, she said,

The budget should have enough allocation for government’s Swachh Bharat Mission, considering last year’s allocation observed a 31 per cent decline. Presently, cities in India have worked on segregation (marginally) but processing and disposal remains a challenge. Keeping enough funds for sanitation and waste management for states would be pertinent. Also, I am hoping in order to encourage circular economy, recycling and reuse of resources, the tax slabs for virgin material should be kept much higher as compared to waste/recycled material.

A top ministry official last year, stated that the scheme is now to be undertaken on a back-end mission of solid waste management under a cluster system.

Swachh Bharat is now almost ending. It has reached the final stage and only 10 per cent of work is there. A lot of money was required in construction of 9.6 crore toilets that have been constructed across the nation in last five years. Now back-end work is to be done, which is solid waste management. This will be a cluster type of a thing, which cannot be done individually, unlike the toilet construction, and that also has been factored in the expenditure. There is a gradual decrease in allocation on that, Girish Chandra Murmu, Expenditure Secretary had told IANS.

On the other hand, Parameswaran Iyer, Secretary, Department of Drinking Water and Sanitation, Ministry of Jal Shakti, also stressed on the necessity of waste management in India speaking at a launch event,

We aim to scale up Solid and Liquid Waste Management with special focus on greywater management.

Mr. Raman VR, Head of Policy at Wateraid India, told NDTV that the government is focussing on WASH (Water, Sanitation and Hygiene) sector and the expectation is that a considerable budget share will go to Jal Jeevan Mission, Government’s flagship program on piped drinking water supply. He further added,

Coming to sanitation, while major targets around toilet construction has already been met under Swachh Bharat, important budget requirements during upcoming budget will be for starting prioritisation of addressing the next generation sanitation issues – most of these initiatives have been prioritised by the government, as part of the sanitation strategy accepted by the government last year, but budgets are critical for rolling these out. Improving toilet technologies wherever required and faecal sludge management systems for needy rural areas are amongst those priorities.

While at present the Swachh Bharat Abhiyan has not been a part of the conversation of the government and officials, a lot needs to be done still specially when it comes to the welfare of sanitation workers, according to Mr. Raman. He said,

While not necessarily related to budget allocations, it is also important to have some sincere review of why money allocated for sanitation workers welfare are not utilised at all, and why there is such a systemic apathy.

The Swacch Bharat Abhiyan was launched by the Prime Minister Narendra Modi on October 2, 2014, Mahatma Gandhi’s birth anniversary with the aim to make India Open Defecation Free by 2019. The components of the government’s five-year flagship scheme included the construction of household toilets, community, and public toilets as well as solid waste management. As per government data, approximately 10 crore toilets have been built under the mission to eliminate open defecation and attain universal sanitation coverage. As per the Economic Survey 2018-19, Swachh Bharat Mission is one of the largest cleanliness drives as well as an attempt to affect the behavioural change in the world.

A study conducted by Dalberg Advisors in 2019 reported that the government spent about Rs. 4,000 crore on Information, Education and Communication (IEC) activities from 2014 to 2019, to focus on bringing about a behavioural change among the people.

The Swachh Bharat Abhiyan received a worldwide praise and recognition with UNICEF India’s Sanitation (WASH) chief Nicolas Osbert calling it a ‘strong base for development’ and ‘a good move’. On the other hand, PM Modi also received Bill and Melinda Gates Foundation’s prestigious ‘Global Goalkeeper Award 2019’ ‘for his leadership and commitment to the Swachh Bharat Abhiyan’ in September 2019.

From ODF Plus To Waste Management, Experts Explain What Union Budget 2020 Means For The Swachh Bharat Abhiyan

Before And After Swachh Bharat Abhiyan: Has India Finally Managed To Provide Sanitation For All In This Decade