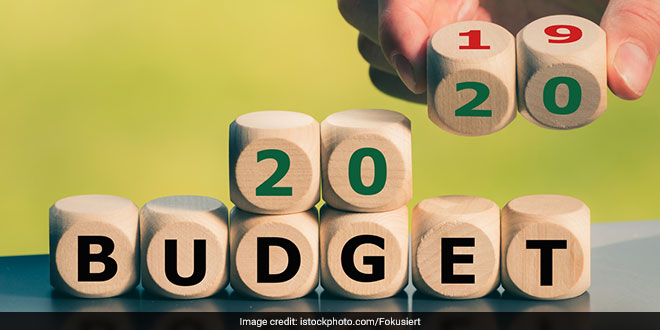 New Delhi: On February 1, 2020, Nirmala Sitharaman, Minister of Finance and Corporate Affairs, will present the union budget for the financial year 2020-21. Health and nutrition experts and activists hope the budget will focus on the issue of hunger and malnutrition. In 2019, the Global Hunger Index (GHI) which comprehensively measures and tracks hunger at global, regional, and national levels, ranked India 102 out of the 117 countries that were assessed. India’s rating has been poor with a score of 30.3 which according to GHI’s guidelines, falls in ‘serious’ category. Also, what is to be noted is, neighbouring countries like Pakistan (ranked 94) and Nepal (ranked 73) fared better than India in GHI 2019.

The GHI score is a testimony of the fact that India is lagging behind in its fight against hunger and eradicating malnutrition. Considering the number of food distribution programmes and nutrition schemes the government is running since Independence, the GHI score raises a big question – where are we lacking? Is it the lack of budget or substandard implementation of schemes or poorly drafted policies?

Before the budget is released, NDTV spoke to experts and activists for their budget wishlist to deal with issues of malnutrition, health and hygiene and to provide health and nutrition to all.

We often focus on rural areas, providing health and nutrition to people residing in villages. But if we look at the pace of how urban slums are growing, the nutritional needs of children and pregnant women are hardly met in these areas. We need to focus on reaching out to the urban poor, to the most vulnerable and marginalised section of the society. At this juncture, a special focus on how to meet the requirements of urban poor is required, says Om Prakash Singh, Head of Programme Implementation, Health and Nutrition, at Save The Children.

2. A New National Legislation On Food And Nutrition Security

Basanta Kumar Kar, Recipient of Global Nutrition Leadership and Transform Nutrition Champion Award, believes that the present NFSA is grossly inadequate to address sustainable food and nutrition security in the country. He says,

The government should make sufficient allocations to include eggs and fruits in Supplementary Nutrition Programme (SNP) at Anganwadi centres and mid-day meal. Also, an incentive of Rs. 5,000 is given under PMMVY whereas as per section 4B of NFSA, Rs. 6,000 should be given. We hope to see that increase.

Basanta Kar believes that the budget should aim at promoting and protecting the interest of women small holder farmers and encourage farmer’s collective for better nutrition and livelihoods security. Elaborating on the same, he says,

Women know the nutrition and dietary requirements of a child and the importance of dietary diversity. Despite this, in India, the rate of complementary feeding (breastfeeding accompanied with adequate, safe and proper food and liquid) is at 10 per cent, because children don’t get different food groups. If women farmers will have security, education and awareness, they will grow more nutritious food, more vegetables.

Mr Kar is of the opinion that when women will lead the nutrition revolution, it will influence the decision at the household level followed by Panchayat and at Gram Sabha.

A NITI Aayog report from December 2019, showed that India’s performance in ensuring zero hunger had fallen by 13 points in a year since 2018. Food inflation has now hit 14.12 per cent, a six-year-high and it appears to have exacerbated the hunger problem in the country. Vegetables have seen the highest inflation, over 60 per cent, becoming one of the first things to disappear from many kitchens in rural India.

Dr Dipa Sinha, Right to Food Activist believes that one of the best ways to combat food inflation and hunger is by releasing the food through Public Distribution System (PDS). She says,

Currently, the states are hoarding on food. The economics says that when the supply is low, demand rises followed by increase in prices. What we can do is, release the stored grain through PDS, this way poor people will be able to get basic nutrition. We can either expand the coverage of PDS or the quantity distributed under PDS. The release of food supply will bring down the prices as well. Also, pulses and oil should be included in PDS.

Without a doubt budgetary allocation to health and nutrition scheme needs to be increased, but at the same time, the budget needs to be utilised in an effective and efficient manner. Talking about the same, Dr Vinod Kumar Anand, Head – Health at Save The Children says,

We should have a very robust system that whatever funds are to be released are released on time. There are often complaints that budget was released in the last quarter and there wasn’t enough time and bandwidth to utilise it hence it is returned. In such cases, somebody should be held accountable. Currently, there is a mix match between release, utilisation and reporting of utilisation of funds. This has to be streamlined.

6. Special Budget For Expenditure On Health During Disaster

Dr Anand believes that we should work towards readiness for disasters and humanitarian crisis as whenever a disaster hits, children, one of the most vulnerable groups, suffer the most. The government should either allocate a separate budget or establish a mechanism to tackle this.

7. Look Out For Innovations And Invest More In Behaviour Change

India is a land of diversity. Every region has its own food, culture and tradition which directly or indirectly affect one’s approach to nutrition and healthy living. Considering the diversity, Mr Singh believes that one plan cannot work across India and hence there needs to be a provision of innovation at a district or state level.

Along with this, there has to be a programme on how to change the behavior of people. Though as a nation we achieved independence 73 years ago, but we are still fighting a battle with myths existing in the society for ages, says Mr Singh.

Misconceptions like complementary feeding should not be started after six months of the birth affect the growth of an infant and young child. To overcome this, the government needs to focus on education, awareness and behavior change.

A separate budget should be allocated to educate and aware people about government schemes like PMMVY, mid-day meal, PDS, and others, says Aysha.

Of the 1.04 million under-five deaths in India in 2017, over 7 lakh (706,000) can be attributed to malnutrition, reveals the findings of the India State-Level Disease Burden Initiative’s report released in September 2019. Malnutrition is also a leading risk factor for disease burden in persons of all ages. The figures are a confirmation of the nutrition status of India. Dr Shweta Khandelwal, Head – Nutrition Research and Additional Professor at Public Health Foundation of India (PHFI), is of the opinion that the government should urgently prioritise evidence based action to tackle all forms of malnutrition. To achieve the goals of Poshan Abhiyaan, Dr Khandelwal suggests a simple ABCDEF approach:

Political commitment in form of stellar leadership, sustained funding and convergent action is a must to improve India’s nutrition woes, says Dr Khandelwal.

To eradicate existing malnourishment, Dr Anand suggests rolling out guidelines and dietary recommendation for children suffering with acute malnutrition. Elaborating on the same, he says,

We have Nutritional Rehabilitation Centres for the treatment of severely acute malnourished (SAM) children below five years, but these centres can accommodate only 10-12 individuals at a time. What about those who don’t know about these centres or can’t get into them? The government should come clear on the policy for managing malnourished children at the community level. There should be recommendations on what to eat, how much to eat, how it should be cooked, and others.

Talking about how the government can do nutrition sensitive interventions, Mr Singh, says,

If we want to improve sanitation, provide child friendly toilets at anganwadi centres.

Food fortification means deliberately increasing the content of essential micronutrients in food in order to improve the nutritional quality of food. In a bid to improve access to safe and quality fortified products to the poor who suffer from multiple micronutrient deficiencies, Mr Kar requests for a mandatory fortification.