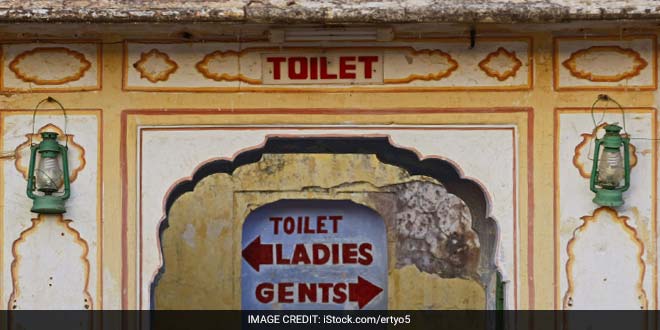 New Delhi: October 2 is assuming a whole new significance. Historically known as the birth anniversary of great leaders like Mahatma Gandhi and Lal Bahadur Shastri, the date is now synonymous with the Swachh Bharat Abhiyan. The came that was started by Prime Minister Narendra Modi on October 2, 2014 turned three this year. This landmark was marked by many clean-drives right from celebrities, sports personalities to ordinary citizens and students. But more importantly,  the day was used by many states to declare themselves open defecation free (ODF), if not fully then significantly.  Chhattisgarh, Haryana, Maharashtra, Jharkhand and Madhya Pradesh declared their Urban areas ODF, signifying that people in cities of all these states have been equipped with a toilet. Hardeep Singh Puri, Minister of State for Housing and Urban Affairs made the announcement during his tribute to Mahatma Gandhi on his 148th birth anniversary.

Talking to NDTV during the 12-Hour NDTV-Dettol Banega Swachh India Cleanathon, Jharkhand Chief Minister, Raghubar Das‏ said, “Jharkhand will be the third state along with Gujarat and Andhra Pradesh to make its urban areas Open Defecation Free (ODF). We will make rural Jharkhand ODF by October 2018.”

Contrary to its rural part, urban areas of Jharkhand aggressively implemented the Swachh Bharat Abhiyan. The state managed to tackle the biggest obstacle to the ODF process which was lack of space by focussing on increasing the number of seats in public toilets, so that people who cannot build toilets at home could still access one and avoid defecating in the open. In last three years, over two lakh individual toilets and 1,527 public toilet seats and 1,211 community toilet were constructed to make all its 22 cities go ODF.

While announcement of Jharkhand, one of the under-developed states of India, came as a surprise to many, ODF declaration of urban areas of Haryana was much awaited after its rural areas achieved 100% sanitation coverage in June. At the beginning of September, 14 of the 80 urban local bodies (ULBs) were declared ODF. In the last one month the state was successful in making the rest of its 66 ULBs free from open defecation, hence making it one of the fastest ODF processes India has witnessed in last three years. and 3,343 community toilets were built to make the urban areas of Haryana ODF.

Though rural areas of Madhya Pradesh are lagging behind with just 21 per cent of sanitation coverage, its urban areas have outperformed in Swachh Bharat Abhiyan. In the Swachh Survekshan 2017, cities like Jabalpur, Omkareshwar, Ujjain, Chhatarpur, Ratlam, Gwalior, Indore and Bhopal showed remarkable progress in terms of toilet coverage which was reflected in their high rankings in the cleanliness survey this year. 9 of the top 25 cleanest cities on India were from Madhya Pradesh. Like Jharkhand, lack of space was an issue for Madhya Pradesh as well. More community or public toilets were made in areas that were identified to be vulnerable to open defecation. From making announcements on radio, organising rallies to taking help from women and aanganwadi workers, the state tried every strategy to raise awareness and eradicate open defecation.

Also Read: Urban Areas Of The Second Most Populous State Of India – Maharashtra Achieves Its Open Defecation Free Target, The State Will Be 100% Swachh By March 2018

Talking to NDTV during the 12-Hour Swachh India Cleanathon, Chief Minister Shivraj Singh Chouhan said, We are happy to announce that the urban state has turned ODF, Hoshangabad and Shahjahanpur being the latest ones to get the ODF title. For rural areas, we have set October 2018 as the ODF deadline.

The sanitation revolution in Chhattisgarh since 2014 has been in full swing. While the urban areas were declared ODF today on the Rashtriya Swachhta Diwas, its rural counterpart is not far behind with the areas having 90% sanitation coverage. The high sanitation is due to the unique approach adopted by the state. Unlike the protocol of toilet building where the toilet subsidy is given as soon as a toilet is built, the state government released the money only three months after the toilet was constructed. This delay in the dole out was done to ensure that the toilets built, are actually used.

In case of Maharashtra,  about 49 per cent of the state now has an access to a toilet. Chief Minister Devendra Fadnavis tweeted, “Many have sacrificed their dreams to ensure that we all see this day in our life! Now we are planning to make Rural Maharashtra ODF by March’18.” Besides the urban areas of the aforementioned states, rural areas of Gujarat were also declared ODF today, raising the number of ODF states to six. Kerala, Sikkim, Himachal Pradesh, Haryana and Uttarakhand were the first five states to attain the ODF title.

Goa Government Goes Green This #GandhiJayanti, Minimises Use Of Plastic During Functions