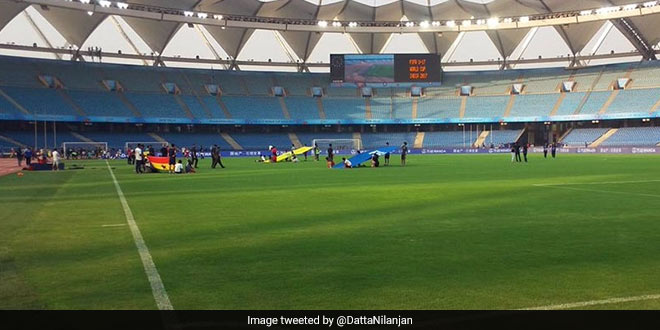 New Delhi: Five stadia under the Sports Authority of India (SAI) in Delhi will be a “Plastic Free Zone” and will be ranked as per their standard of cleanliness between August 1 and October 2, it was announced on Tuesday.

The stadiums will strengthen their internal organisational set ups like availability of drinking water facilities at appropriate place, alternative to disposable plastic materials, suitable arrangements of waste disposal, proper sensitisation of user and staff of the Stadia, etc. towards implementation of plastic free zone.

Banners/Posters/Standees, etc. with appropriate slogans will be displayed properly at the entrance and other suitable places in the Stadia for creating awareness amongst the users of the facilities of Stadia.

Users of the Stadia like SAI Trainees, Sportspersons, SAI Officials, etc. will be allowed to carry non-disposable plastic items such as regular water bottles, tiffins, etc. They will be sensitised against the use of the disposable plastics.

The sports ministry has also decided to give Swachhta Rank to these stadia on the implementation of Swachhta activities carried out during the Swachhta Pakhwada term.

The ranking will be based on the parameters like cleanliness of the premises, sanitisation standard of the toilets complex/stadia, functioning level of drainage system in the premises, drinking water facilities, tree plantation and maintenance of its growth, proper trimming of existing trees/plants, etc. in the premises, waste management system/facilities, involvement of complex/stadia in Swachhta activities of neighbouring areas of the complex and replacement of old lamps with LED lights.