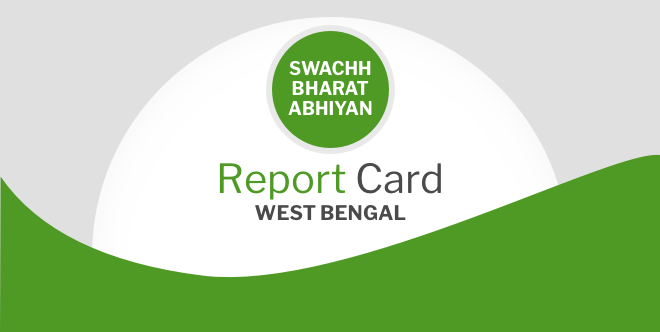 New Delhi: Nearly a year before the Swachh Bharat Abhiyan was launched in October 2014, West Bengal had launched its own sanitation campaign, Mission Nirmal Bangla (Pure Bengal) in November 2013. At that time with sanitation coverage of just 58.19 per cent, West Bengal’s rural areas suffered from lack of individual household toilets and adequate sanitation facilities in schools. West Bengal’s non-participation in the Swachh Bharat Abhiyan was frowned upon initially, but Mission Nirmal Bangla’s success has since earned global recognition from UNESCO, as Bengal has taken strides towards becoming an open defecation free (ODF) state.

Mission Nirmal Bangla has progressed smoothly and we are confident of achieving our target of becoming open defecation free by March 2019. Last year, we had seven districts which were ODF and this year, six more districts have been verified and given the ODF recognition. Our focus now is completing the toilet construction activities in the remaining districts by March 2019, and then verify all the remaining districts to declare them ODF by December, said Sonali Datta Ray, Additional Mission Director, Mission Nirmal Bangla. 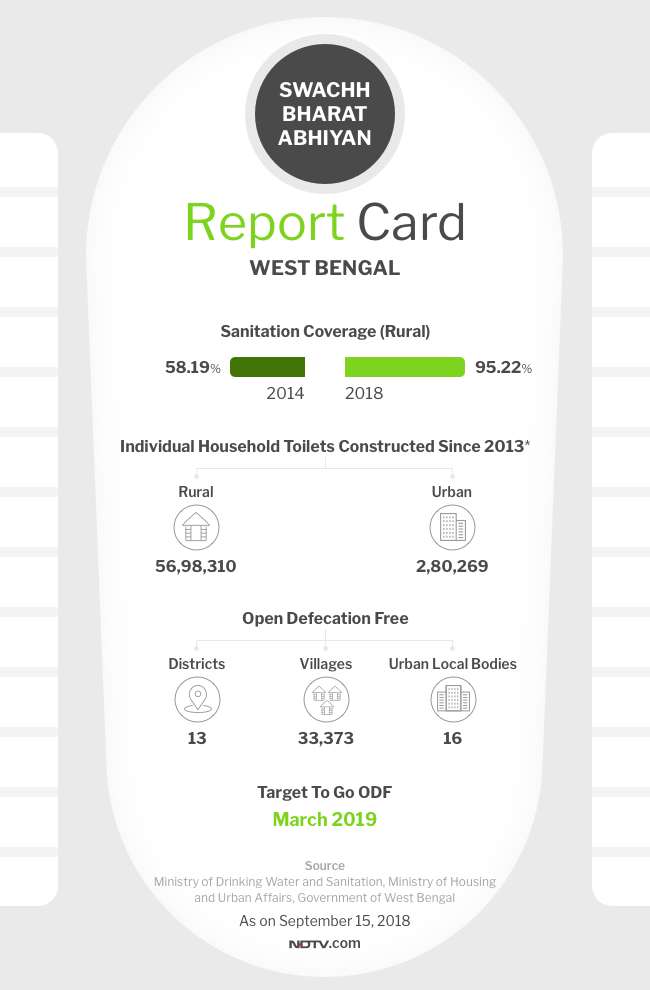 The West Bengal government has appointed a district coordinator for each of the 23 districts in the state, who directly observe how well Nirmal Bangla’s objectives are implemented in each district. The district coordinators regularly meet and get updates from the district collector, who is responsible for ensuring that construction of toilets and awareness campaigns related to safe sanitation are sustained in the districts. Even an ODF district like Nadia, which got the distinction of becoming West Bengal’s first ODF district, continues to host awareness programmes on toilet usage.

“While the Mission does have a deadline, we have instructed district coordinators and officials to keep up with the awareness activities, rallies and holding of competitions related to sanitation and hygiene. Behavioural change can take a long time to come, and we do not want people to go back to open defecation despite having access to toilets,” said Ms Datta Ray.

While rural sanitation is progressing well in West Bengal, the urban counterpart is slightly slower. Since West Bengal is not a part of Swachh Bharat Abhiyan, the Centre’s flagship sanitation mission is not monitoring the urban progress made by the state in terms of toilet construction. Urban local bodies are responsible for toilet construction in the urban areas. Over 2.80 lakh individual household toilets have been constructed in the state in the last five years, along with 300 community and public toilets.

Major cities in the state, including the capital Kolkata, are yet to improve their sanitation infrastructure as compared to the number of public toilets required in urban areas, West Bengal is considerably short. This was reflected in this year’s Swachh Survekshan (Urban) rankings, when 25 out of West Bengal’s 29 participating cities were ranked among India’s top 50 dirtiest cities. Urban waste management is another area, where the state lags considerably. Less than 10 per cent of West Bengal’s daily generation of 8,600 tonnes of waste is processed, accounting for most of it going to landfills or other open spaces. Nearly 1,400 tonnes of waste remains uncollected in West Bengal daily.

Construction of toilets is the responsibility of urban local bodies and we ask for updates from them regularly. We plan to construct at least 500 public and community toilets across all urban bodies by 2019, which will bring down open defecation instances considerably. We are also planning to begin a more centralised waste management system, where garbage collected by the civic bodies will be directly transported to waste processing plants. After the Swachh Survekshan results, we have called for strict action against municipal corporations found lacking in their duties, said Suman Bhattacharya, Joint Secretary, West Bengal Urban Development and Municipal Affairs. 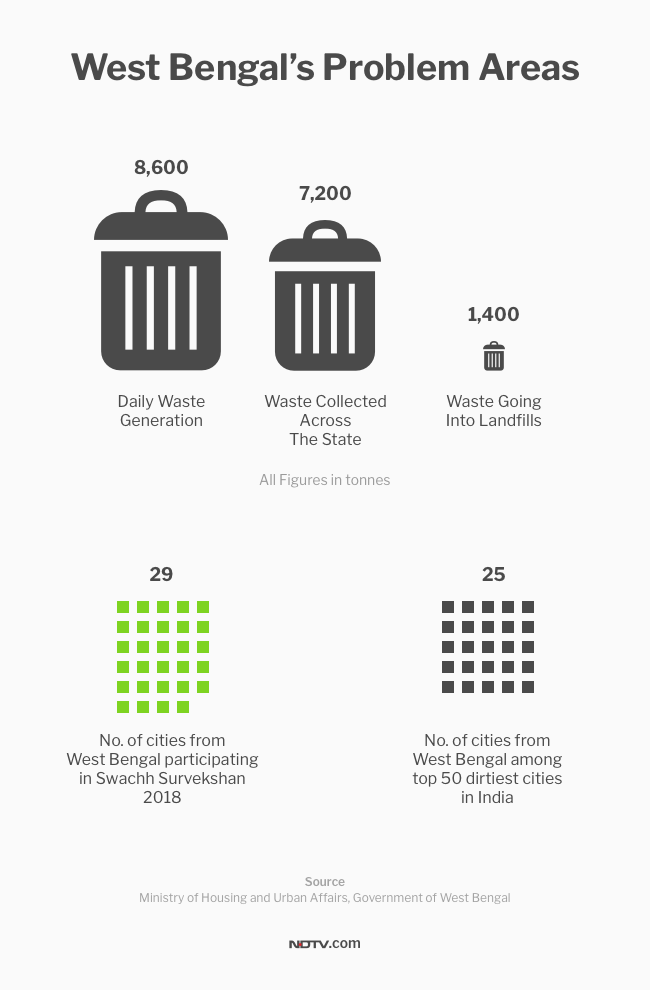 Despite the lag in urban sanitation and waste management, West Bengal’s progress in nearly eradicating open defecation from its rural areas will please the state’s authorities. In districts like Nadia and Birbhum, ODF plus activities have been taken up by district authorities, who are involving the locals in waste management and segregation, for the districts to take the next leap from being ODF to ODF plus. But for West Bengal to become a holistically clean state, the state will need to work towards replicating the success of its rural sanitation in its urban sector, be it improving toilet access or waste management.