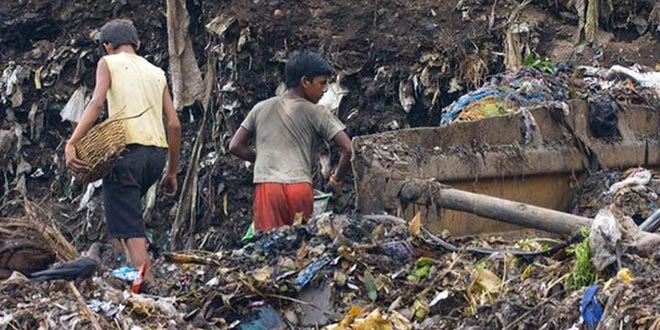 New Delhi: Participants of Swachh Survekshan 2018 were waiting with baited breath for the final results, ever since the names of the top three cleanest cities were announced by the Union Ministry of Urban Development on May 16. For the first time participant West Bengal, which refrained from participating in the previous two editions of the Survekshan, June 24 was an important date, when the final results of the survey were declared. The performance of the state was abysmal, with 25 out of its 29 cities ranking among the 50 dirtiest cities of India. While West Bengal’s participation in the Survekshan was celebrated with much fanfare, the results have left civic bodies across the state bitter.

Tamluk, West Bengal’s best ranked city was placed at the 193rd position, with a score of 1721 out of 4000, securing less than 50 per cent in all the major weightages used to assess the cleanliness of cities. The other important cities of West Bengal fared worse, with Jhalda in Purulia district scoring only 367. Kolkata, the capital city did not participate in the survey, though its participation could have restored some respectibility to the state’s performance. Kolkata was ranked as India’s 25th cleanest city in a 2010 cleanliness census conducted by the Union Urban Ministry.

Several experts have raised concerns about West Bengal’s performance in the Survekshan, as having such a high number of unclean cities can result in adverse effects on public health and environment. Suchismita Basu, an environmental expert at Calcutta University said that the results should be of grave concern to the government, as living in dirty cities resulted in frequent and higher deaths from diseases ranging from heart problems to cancer.

“All the cities in West Bengal have done very poorly in waste management. Unscientific disposal of waste in on the rise all over Bengal, and the state is running out of spaces to dispose OF waste properly. Segregation has not caught on in major cities across Bengal, which has resulted in increasing generation of waste for years. Civic bodies in smaller cities have not been able to create the required awareness related to waste management, which has reflected in these rankings,” said Ms Basu.

Over 8,600 tonnes of waste is generated in the state daily, of which merely 830 tonnes is processed and composTed as stated by the West Bengal Pollution Control Board’s Annual Report of 2016-17. The state has only 21 waste to compost plants, of which only 10 are operational. There is only one scientifically designed landfill in Kamarhati in the entire state. Even Kolkata, the capital, has exhausted the lifespan of all its landfills.

Waste disposal in Bengal has been poor, especially in tier two and three cities. Even some major cities in the state lack at least one functioning waste treatment plant. Even if garbage is collected, it is dumped in a landfill or any open area, as designated by the civic body. This practice has been going on for years, and the results of the survey that we are seeing today are a consequence of this practice, said Dr Subrat Mukherjee, Member Secretary, West Bengal Pollution Control Board.

While the state has done well in the construction of toilets under its own sanitation project called Nirmal Bangla Abhiyan (West Bengal is not a part of the Swachh Bharat Abhiyan), 55 lakh toilets have been constructed in rural areas in West Bengal since the launch of Mission Nirmal Bangla in 2014. 2.8 lakh household toilets have been constructed in the state’s urban areas, despite functioning under its own sanitation mission, only three cities in West Bengal are currently open defecation free (ODF). Some have disagreed with the rankings, saying it doesn’t reflect the true nature of the work ongoing in Bengal’s cities.

“Extensive waste management programmes are in place in many of our cities. Regular monitoring of waste collection, disposal and recycling is done and some municipal bodies have also started schemes like tax rebates for waste segregation. The progress is slow, but assuming that no work is being done by the municipalities is incorrect,” said Subha Mukherjee, Joint Secretary, West Bengal Urban Development Board.

Nearly 1,400 tonnes of waste remains uncollected in West Bengal daily. Shashanka Dev of the environmental think tank Shabuj Mancha (Green Stage) says that such a huge amount is a hazardous one as it is inevitable that if the waste is not being collected, it lies idly somewhere.

“What West Bengal needs is immediate segregation exercises in all its cities, across all its wards. Setting up of new plants will take up a long time, but what the state should ideally focus on now is lessening the amount of waste it generates. Segregation has been known to do that successfully. Once the amount of waste generated comes down, programmes like composting in RWAs (Resident Welfare Associations) and recycling of dry waste can be undertaken on a bigger scale,” said Swati Singh Sambyal, Solid Waste Management Expert, Centre for Science and Environment.